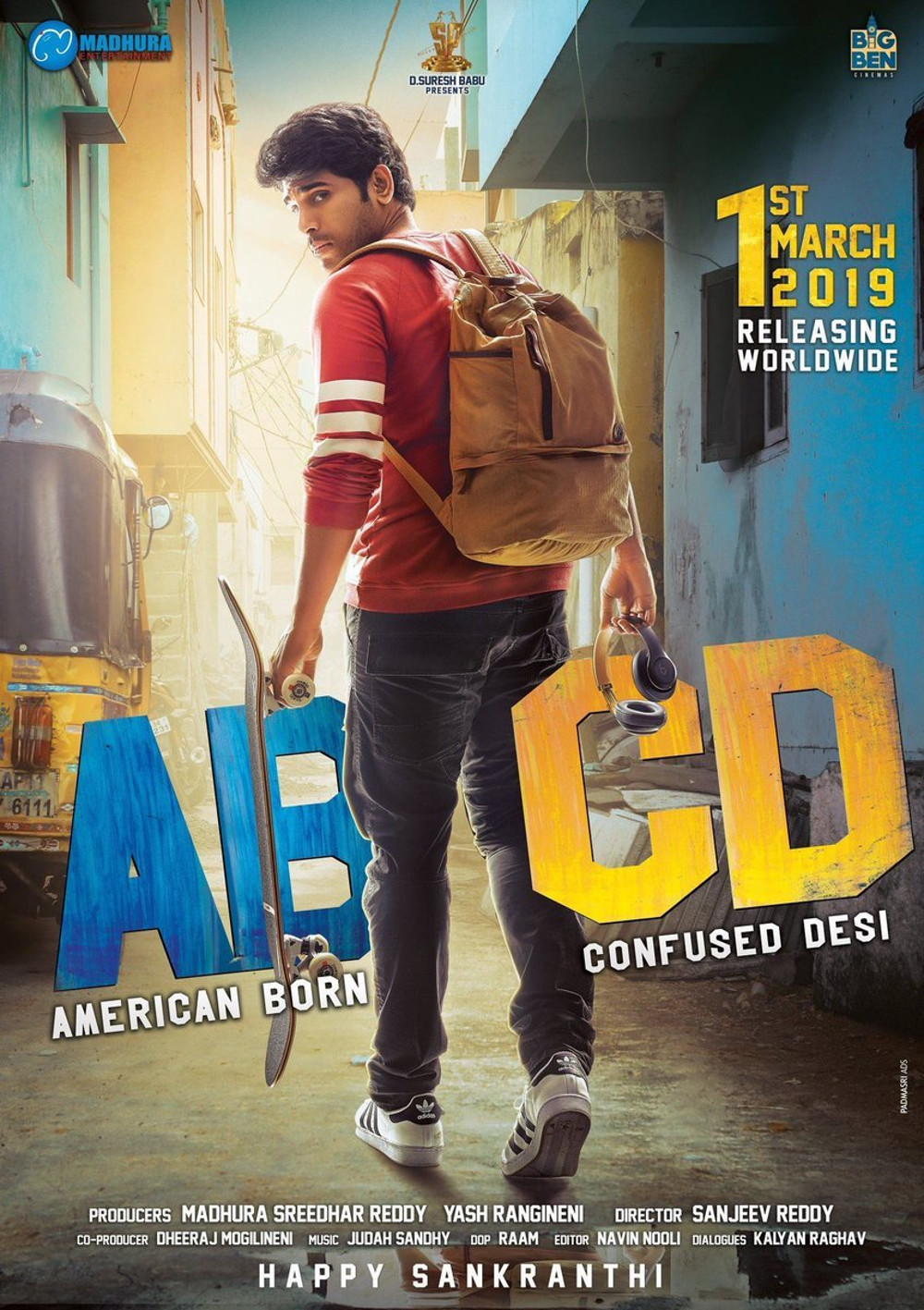 The first look of Allu Sirish’s ABCD released recently and got good accolades from the audience and trade. The Hindi satellite and digital rights of the ABCD have already been sold for a fancy price. The film also recently got senior producer D. Suresh Babu on board as a presenter. Their company Suresh Productions would release the film theatrically through out India.

Sanjeev Reddy debuting with this movie and Madhura Sreedhar Reddy bankrolls this awaited project under the Madhura Entertainments, in association with BigBen Cinemas. The team proudly announces that the film is all set to release worldwide on the 1st March 2019.