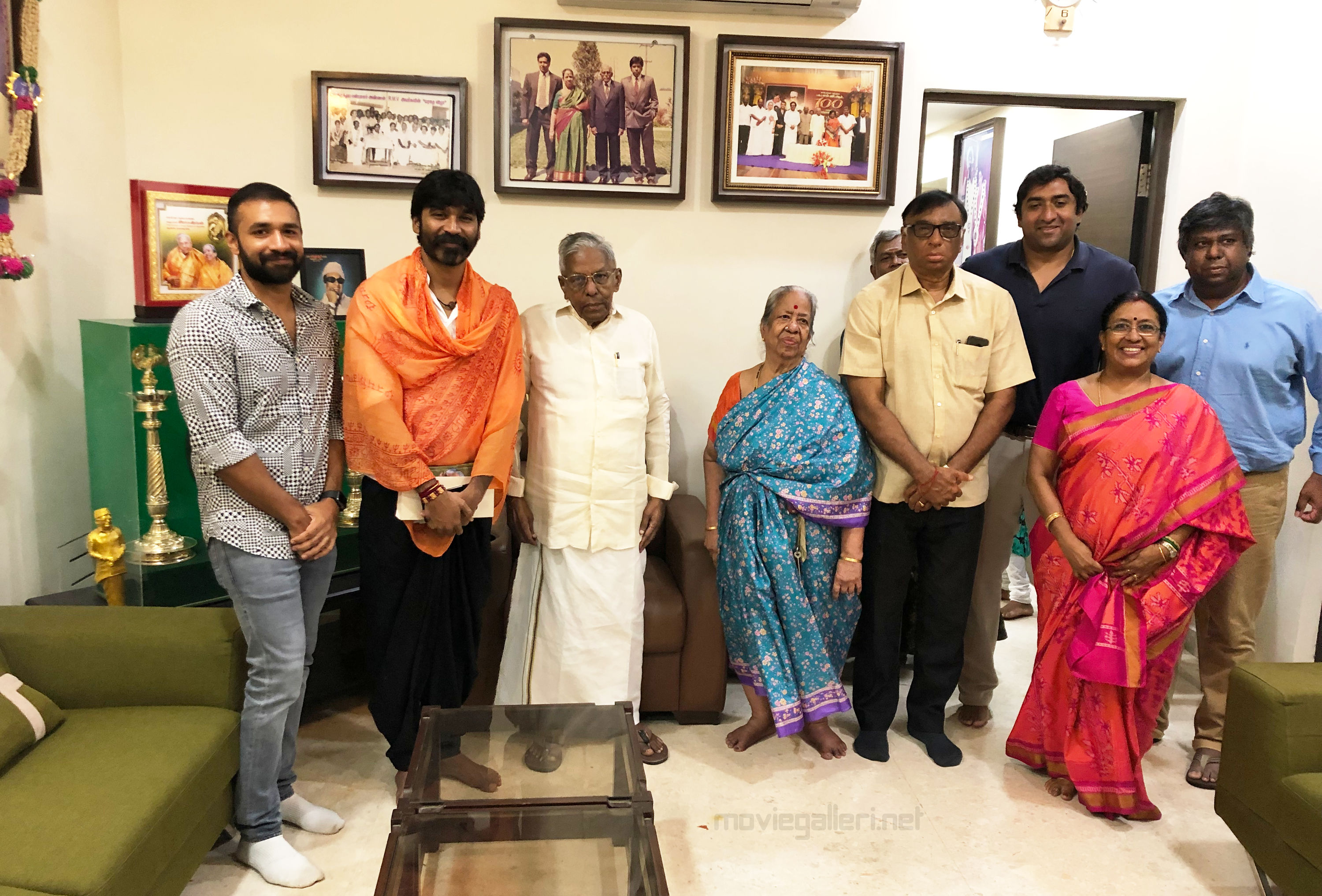 It’s a non-stop journey of ‘Gold Strikes’ for the prestigious production studio of Sathya Jyothi Films. With a streak of success over the line, it’s upcoming release ‘Viswasam’ starring Ajith Kumar and Nayanthara in lead roles scheduled for January 10 release has set the alarms marked by zillions. Apparently, on the great joyful occasion of New Year Day, the production house announces its yet another prestigious film bringing National award winning actor-producer Dhanush and filmmaker Ram Kumar of ‘Ratsasan’ fame together.

Producer Shri Sathya Jyothi Thyagarajan who always believes in deeds than words say “We at Sathya Jyothi Films couldn’t have asked for more than such a beautiful and serene new year. The overwhelming response to ‘Viswasam’ songs and trailer topping our expectations has already assured us of a finest year ahead. Filled with such immense happiness, Sathya Jyothi Films has set its foot ready to produce more quality entertainers in 2019 and we are proud to announce the first ones among the league. We feel so much excited and proud to bring the most celebrated personalities, Dhanush, filmmakers Durai Senthilkumar and Ram Kumar together.”

While Durai Senthilkumar will be wielding megaphone for one film with Vivek-Mervin duo as music directors, another one will have ‘Ratsasan’ fame Ram Kumar as Captain of the ship.

Filled with acclaims, he continues to talk about them saying, “Dhanush has always been a pride of Tamil cinema. His spontaneous ability to hold a strong position as a ‘Performer’ and ‘Star’ has been his USP, which works out groovy results for his producers, irrespective of commercial and offbeat genres. We at Sathya Jyothi Films have always been exhilarated to work with profoundly talented filmmakers. Especially, to have Durai Senthilkumar and Ram Kumar, who are illustrious for their salient uniqueness of presenting movies based on fresh concepts is a means of great pleasure. As a producer, I am sure working with such iconic personalities will be a milestone to Sathya Jyothi Films.” says Mr Thyagarajan of Sathya Jyothi films with pride.

The official announcement involving others in the cast and crew of both these films will be made shortly.