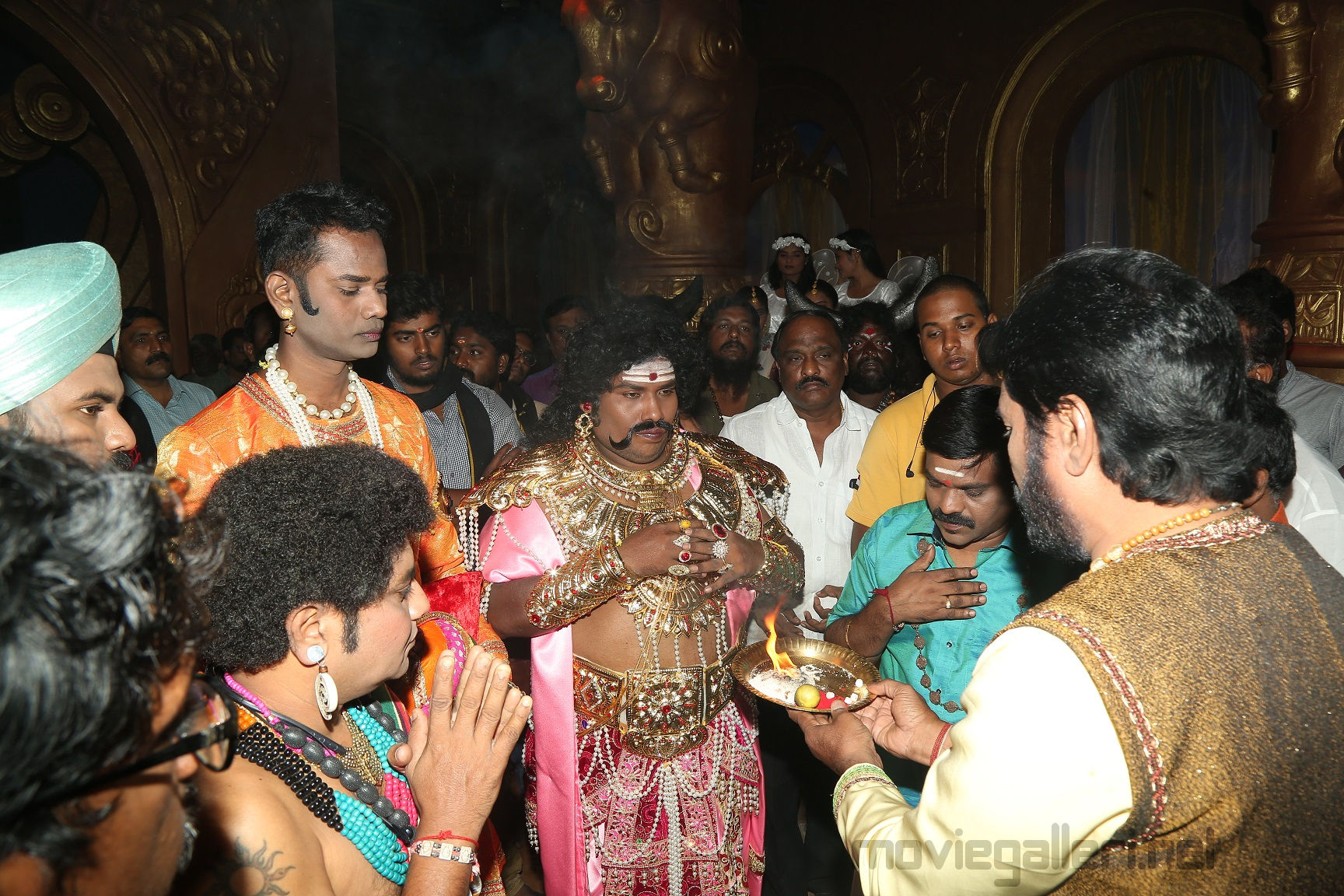 With the season of Yogi Babu spreading out across the year, here is ‘Dharmaprabhu’, which will feature him in lead role. The shooting of this film commences from today in Chennai, where huge set works worth Rs.2 Cr have been erected. “Vetri Vetri Amogha Vetri .Naam Plus One – Amogha Vetri” was the dialogue spoken by Yogi Babu on the first shot of this film that was held before few minutes.

The story is set against the fictional backdrops of Yamalokam with a humour treatment. Yogi Babu will be seen playing the role of son Yama and Radharavi as his father Yama. Ramesh Thilak would be appearing as Chitra Guptan and there are lots of prominent actors in the film.