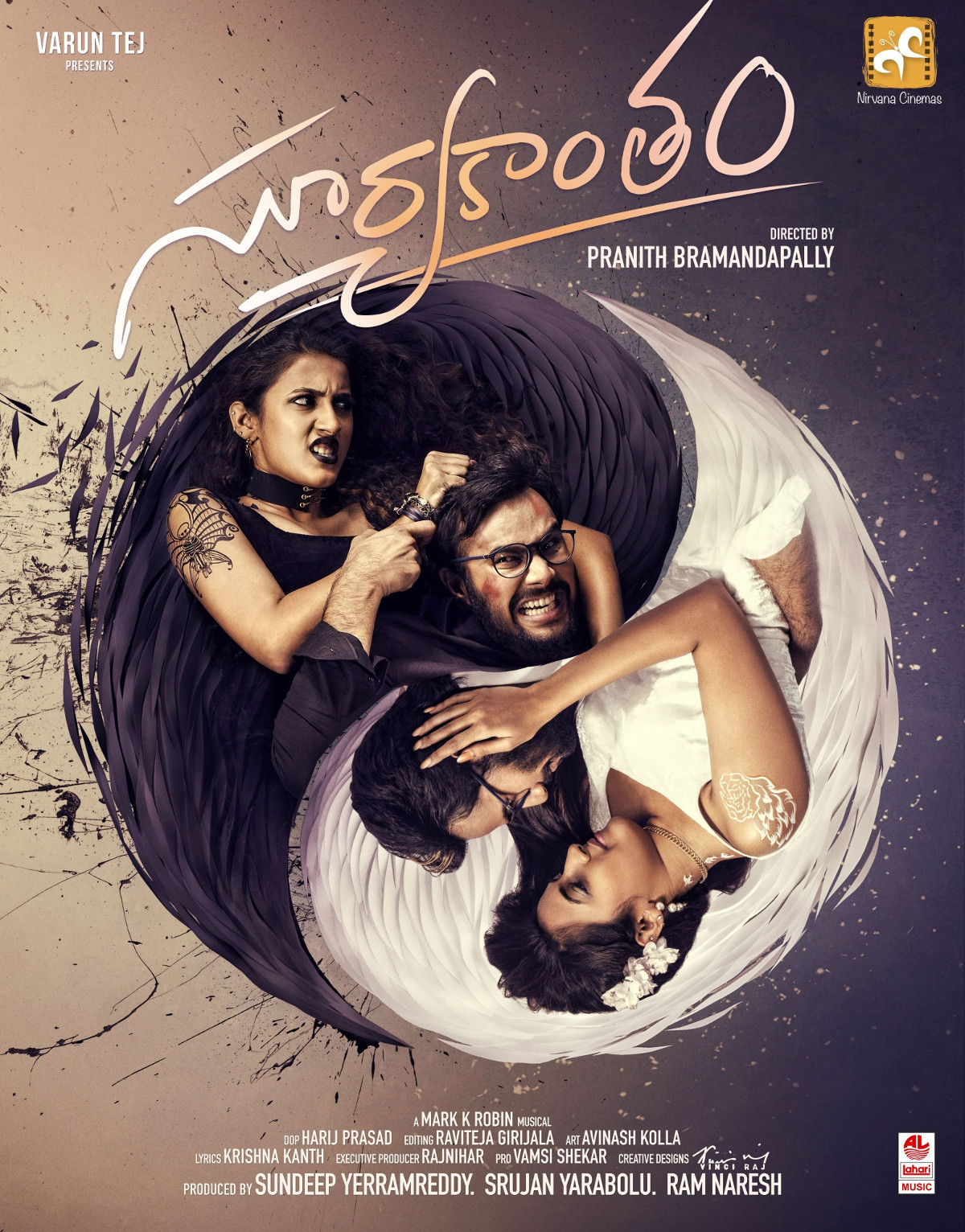 Mega Prince Varun Tej has unveiled the first look of ‘SuryaKantham’ starring Niharika Konidela and Rahul Vijay in the lead roles. Today marks Niharika’s birthday and so the first look is launched.

Being directed by Pranith Bramandapally, this is a rom-com. He is a short filmmaker and made many short films and web-series with Niharika in the past.

The first look poster has Niharika and Rahul in love and also fight like the new age couple. This is impressive.

The shooting of ‘SuryaKantham’ has been wrapped up and the post-production works are progressing at a brisk pace.