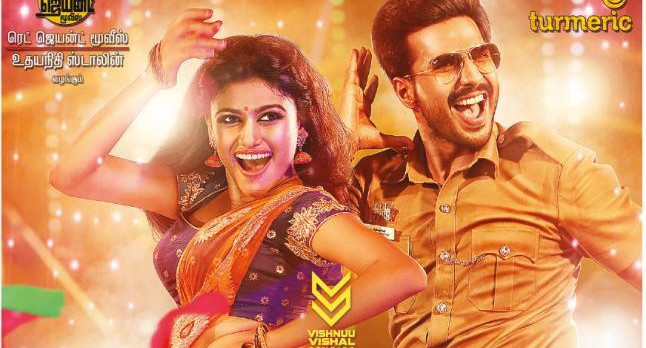 The trailer of Vishnu Vishal’s upcoming flick Silukkuvarpatti Singam has been released and the movie seems to be on the lines of the actor’s earlier film Velainu Vandhutta Vellaikaaran.

The trailer looks colourful and fun filled. Vishnu Vishal plays a cop in the movie which has Regina Cassandra playing the female lead.

The movie is directed by Chella Ayyavu and is slated to be released on 21 December. The film has jointly been bankrolled by Vishnu Vishal’s home banner and Udhayanidhi Stalin’s Red Giant Movies.

Vishnu Vishal’s last release was Ramkumar-directed Ratsasan, a crime thriller, which had Amala Paul as the female lead. The movie was a super hit and also won critical acclaim.