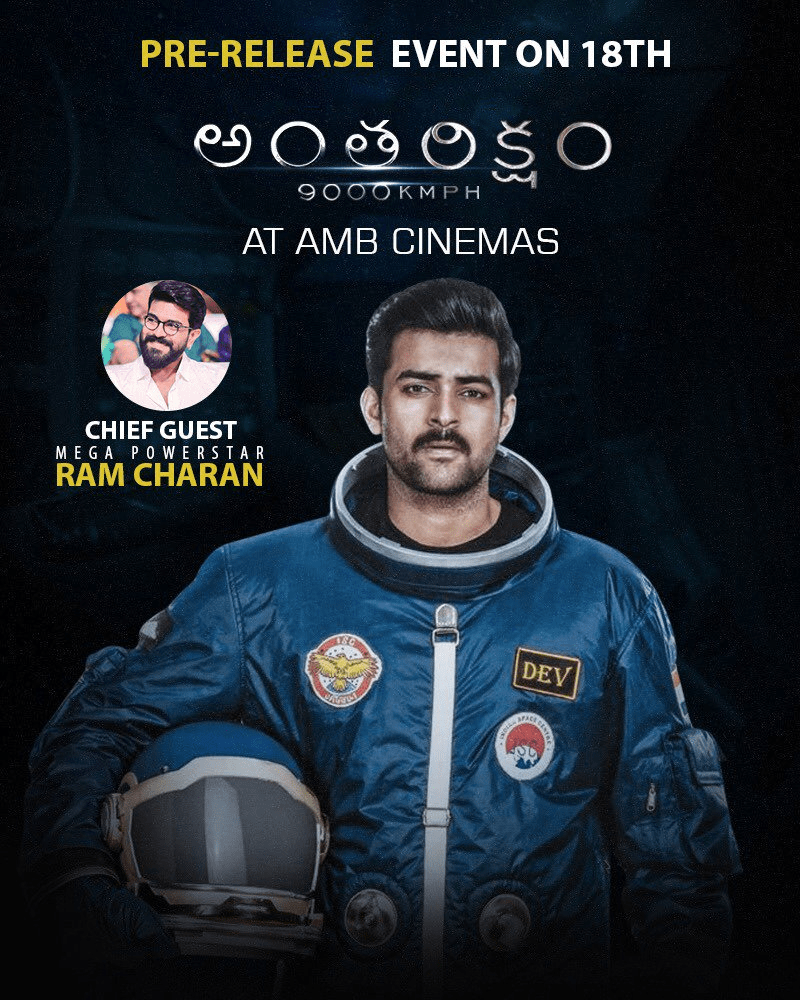 Telugu cinema first ever space genre ‘Antariksham 9000 KMPH’ is gearing up for release on December 21st.

So the makers will be hosting pre-release event on December 18th and Mega hero Ram Charan will be gracing the event as chief guest.

Starring Varun Tej, Aditi Rao Hydari and Lavanya Tripathi in the lead roles, the film has recently completed censor formalities and got ‘U’ certificate.

Sankalp Reddy is directing ‘Antariksham.’ The teaser, trailer, and audio released so far have garnered a terrific response.

Prashanth Vihari has composed music while Gana Sekhar VS handled the cinematography.