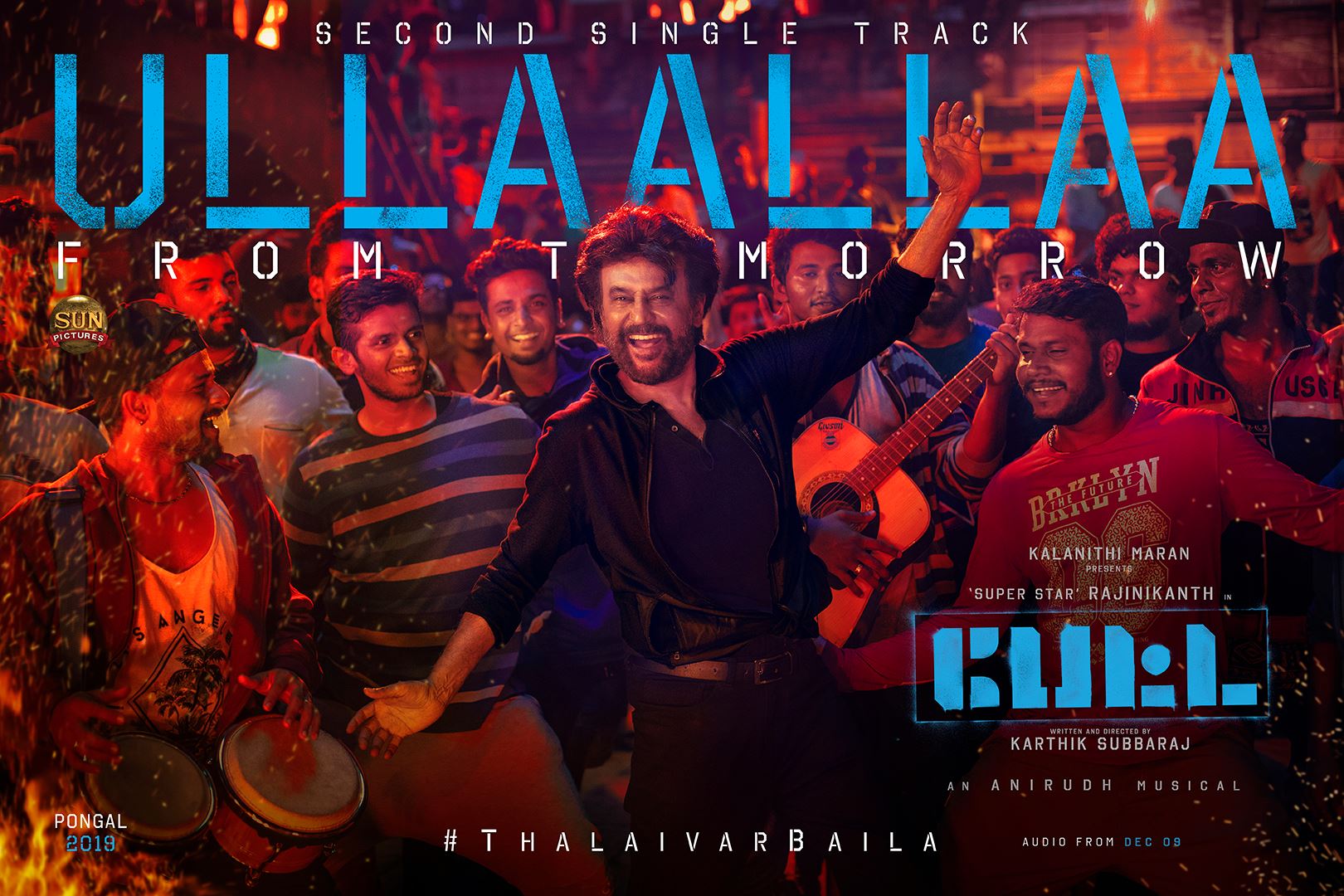 Sun Pictures on Thursday announced that the second title of the single from ‘Petta’ which will be released this evening (December 7) has been named as Ullaallaa with the hashtag #ThalaivarBaila.

Also, the music composer of the movie Anirudh has revealed the names of the singers. Singer and composer Nakash Aziz and British playback singer Inno Genga have crooned the song.

The lyrics are penned by Vivek who is also the lyricist of first single Marana Mass, which has become an anthem among Rajini fans.

Meanwhile, Sun Pictures is planning to hold a grand gala function at Sai Ram College auditorium in Chennai on Sunday to launch the complete album of ‘Petta’. The movie is slated for release for Pongal.