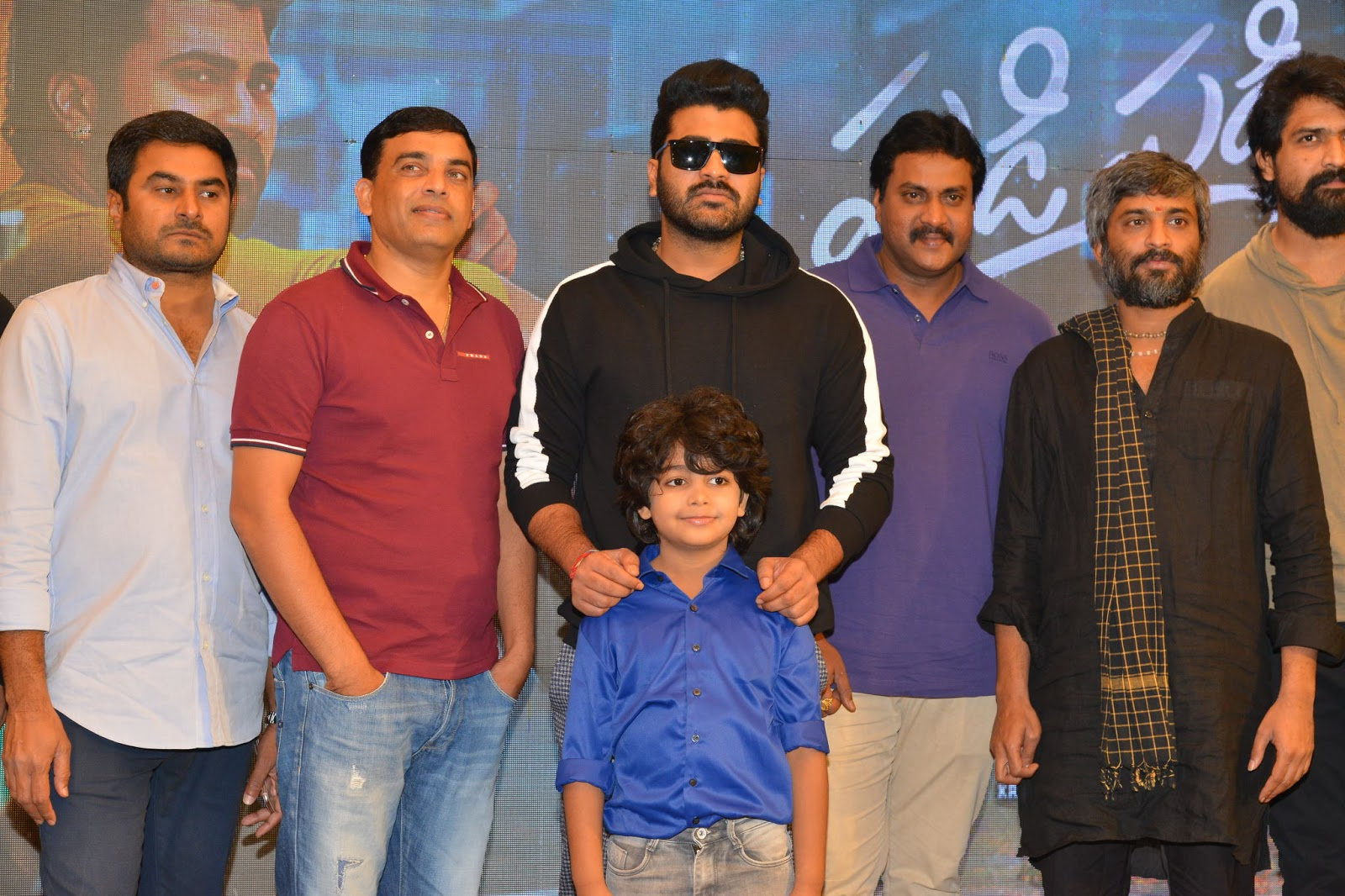 The trailer of ‘Padi Padi Leche Manasu’ was unveiled by AMB Cinemas multiplex in Hyderabad. Producers Dil Raju, Abhishek Agarwal and the team of the movie graced the launch event as guests.

Speaking first Sunil said, “From the release to the New Year, #PadiPadiLecheManasu will be like a celebration. The film should become a huge hit and bring a lot of money to the producers.”

Actress Kalpika Ganesh said, “Padi Padi Leche Manasu is beautiful and soulful love story. I play an interesting role in the movie and most of my scenes are with the lead pair Sharwanand and Sai Pallavi. It was great fun being part of this film.”

Director Hanu Raghavapudi said, “Sharwanand gave me moral support from the beginning. The story has come out well. Without the support of Sharwanand and producer Sudhakar this film would not have been positive. I gave my 200 percent for this film. Sai_Pallavi is a blessed soul and very intelligent actress. Unfortunately she could not come today. The cinematography by Jay Kay is outstanding and music composer Vishal gave fantastic tunes. He is currently doing BGM. I would like to thank lyricist Krishna Kanth on this occasion.”

Producer Dil Raju said, “Sudhakar Cherukuri is a tasteful producer. I know him for the past six to seven years and after watching the teaser, I was thoroughly impressed with the content. I reckon this film is a sure hit. Hanu Raghavapudi is classic director and I still don’t understand why his debut film did not score a hit. He had the backing of talented pair Sharwanand and Sai Pallavi. I don’t have to say anything about Sai Pallavi as she has proved herself.”

Actor Sharwanand Said, ” I will talk about the film in the pre-release event. Due to a technical issue, the trailer launch got delayed”

The launch event was also graced by actor Shatru, Abhishek Maharshi and others.