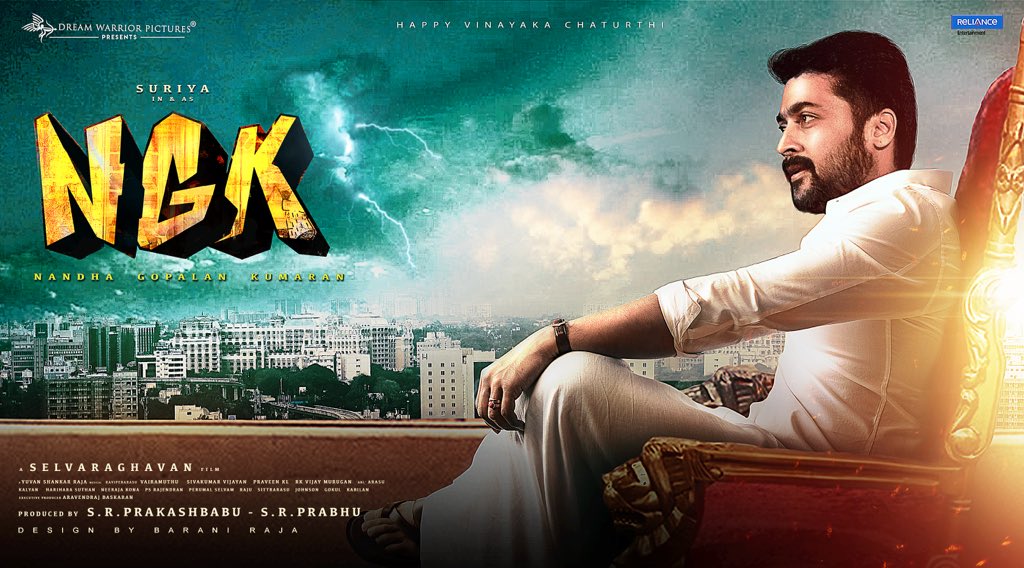 The final schedule of Suriya’s NGK is happening at Kochi in Kerala. Sources said a song is being shot there and the work is expected to go on for the next few days.

It is also said the makers are planning to release the movie in April 2019. Recently, producer SR Prabhu announced that they are waiting for Suriya to come back from Suriya 37 directed by KV Anand to resume shooting of NGK.

The movie is directed by Selvaraghavan and has Rakul Preet Singh and Sai Pallavi playing the female leads. Yuvan Shankar Raja is scoring music for NGK.

While NGK is said to be a political thriller, Suriya 37, which is officially titled yet, is tipped to be an action adventure.