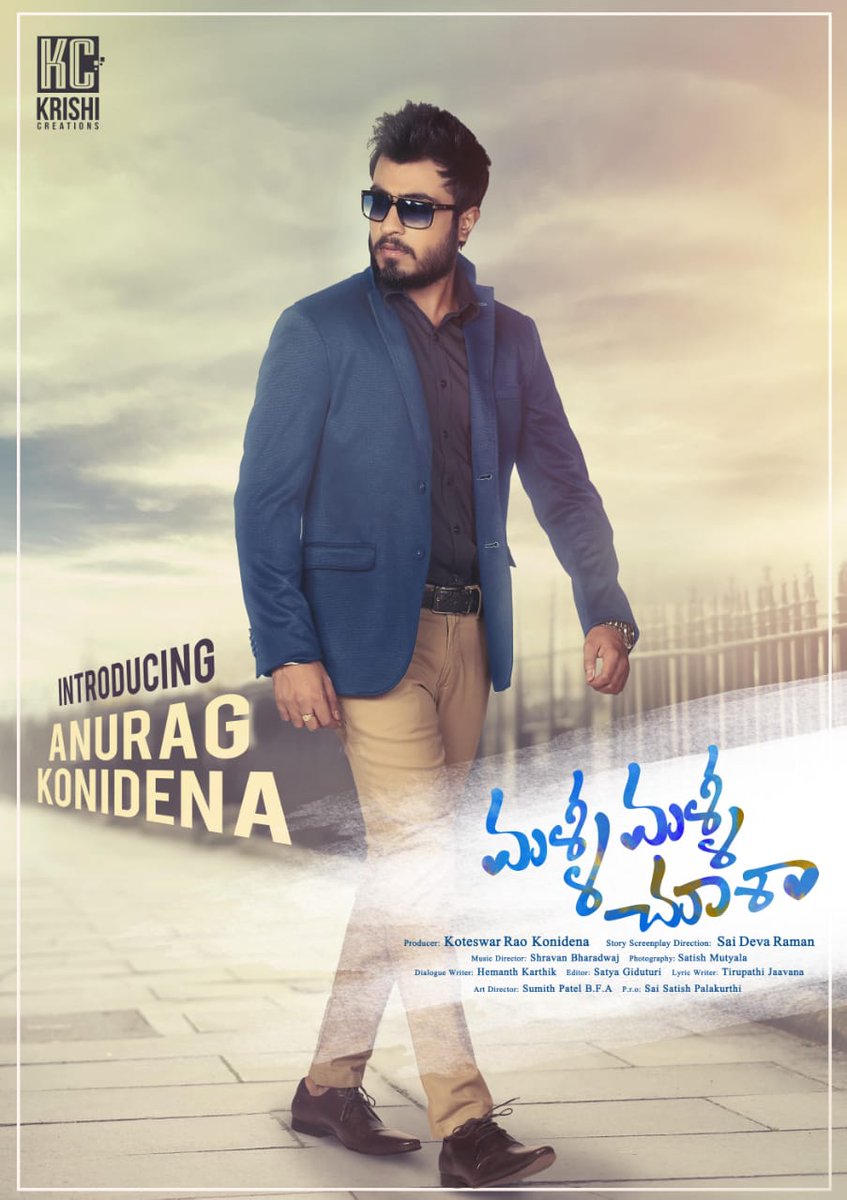 Producer Koteswara Rao Konidena said, “Shooting is completed. We have shot the film in beautiful locations in Hyderabad, Vizag and Araku. Malli Malli Chusa is a heart-touching film.”

Hero Anurag said, “Story is the biggest asset of our film. I’m really happy to be introduced with a content rich movie. It’s a wonderful love story you wish to see again and again.”