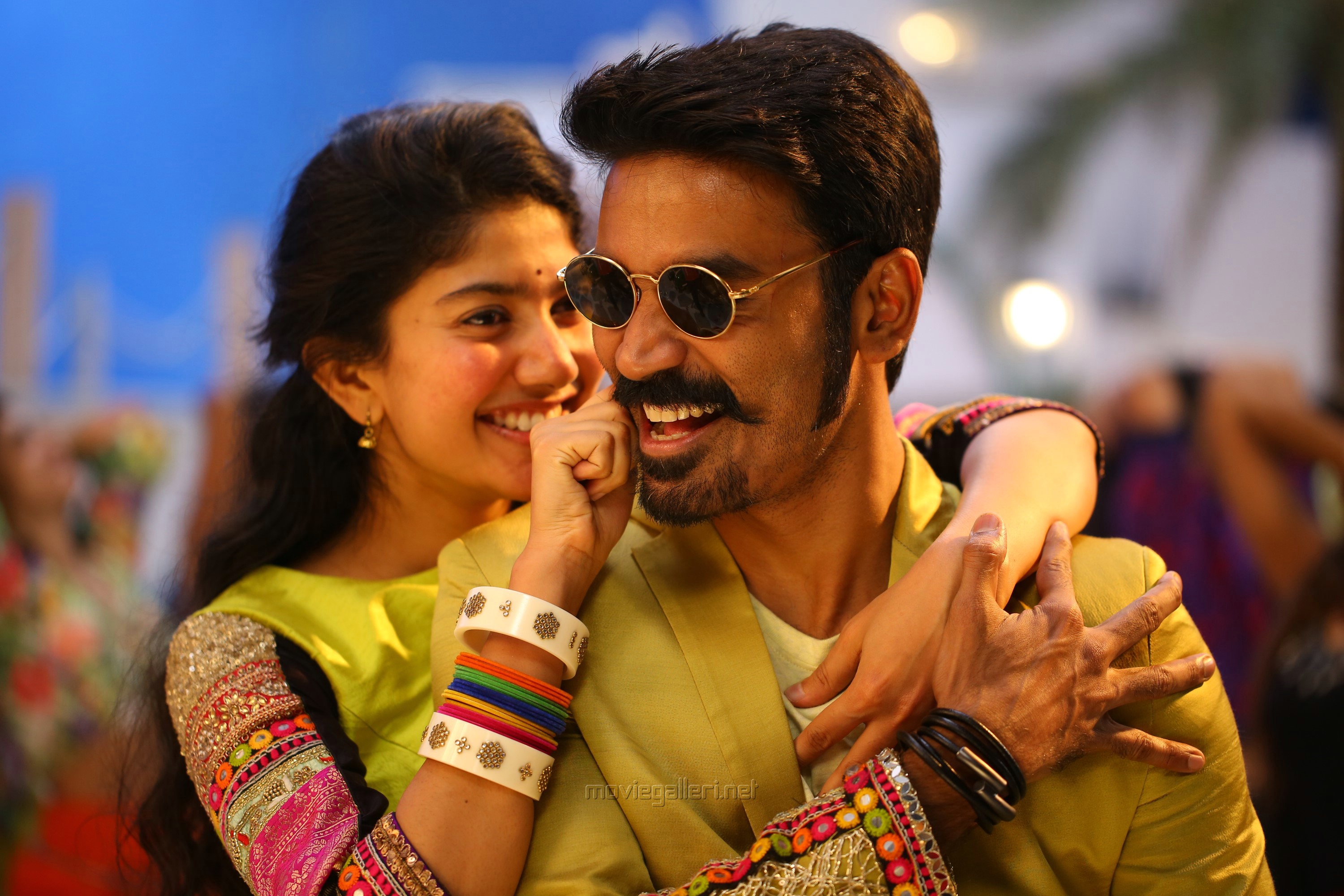 Tovino Thomas, who calls himself as the god of death, wants to take revenge on Maari and the reason for this is later revealed in the movie.

Maari is friend with Krishna, son of gangster Vel. Maari just like the first part is fun loving and lives life on his own terms.

The only difference from the first part is that he has an emotional connect this time around. Dhanush as usual steals the show and makes his presence felt in every frame and scene adding to the mass elements the movie tries to convey.

Matching him in every frame is Sai Pallavi as Arathu Anandhi. She fits the role of a naughty girl who is in die hard love with Maari and expresses it explicitly.

Maari’s sidekicks Sanikizhamai and Adithaangi compliment the humour quotient in the movie. Tovino Thomas has got a good debut in Tamil as the dangerous villain and Varalakshmi Sarathkumar as the IAS official has done a decent job.

The running time of the movie could have been made a little more crispier. Music by Yuvan Shankar Raja is good, however one has to admit that Maari is half the don with Anirudh’s BGM.

On the whole, Maari 2 is a mass masala Dhanusesque entertainer.
Raring: 2.25/5 – Don and Don’t