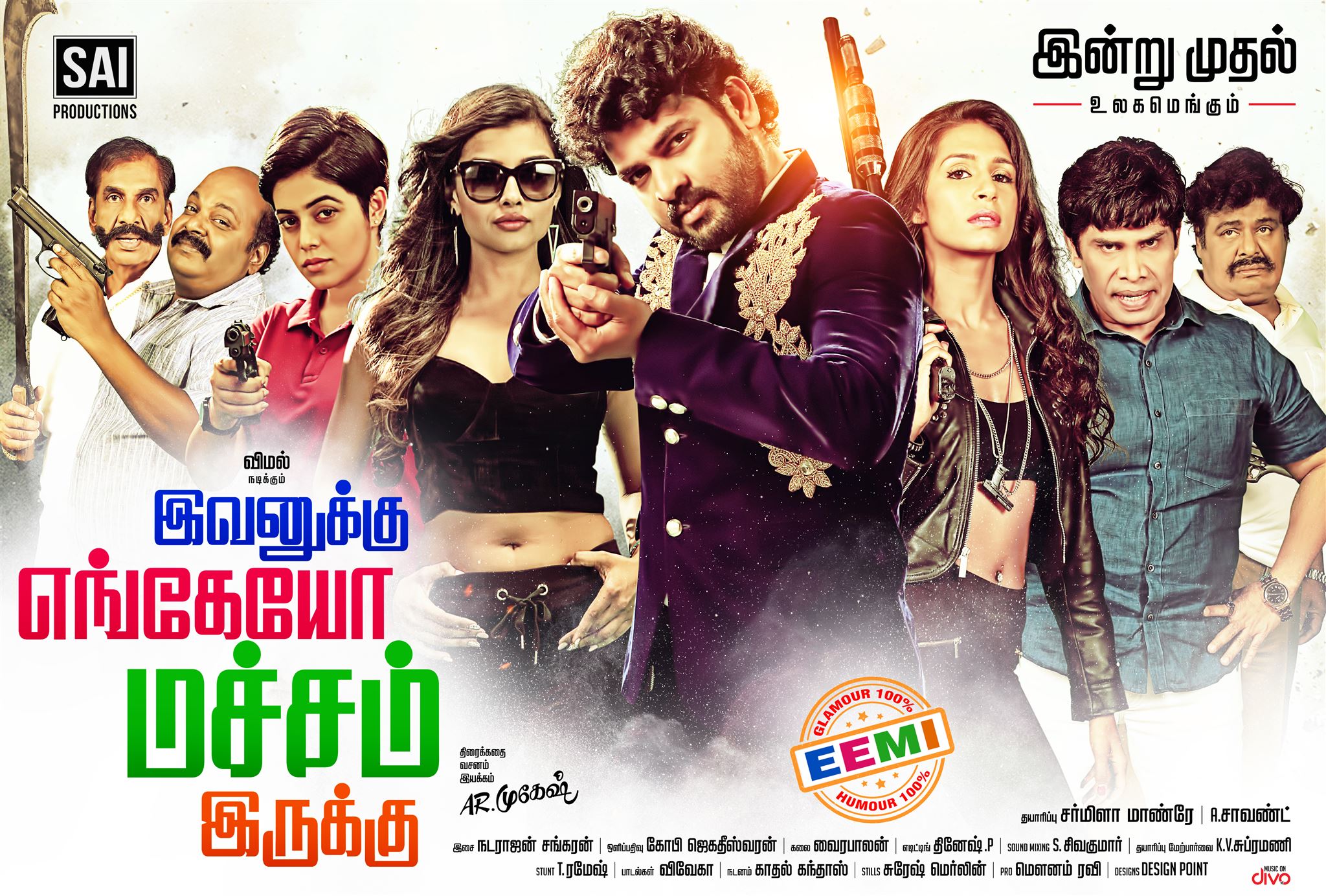 Vemal and Singampuli work in a medical shop and are moonlight robbers. They restrict themselves to stealing small items which they sell later without getting caught.

However, one time they end up stealing Rs five lakh each from the house of a cop Mansoor Ali Khan. Poorna, a subordinate cop, is sent to find the thieves.

Meanwhile, Miya Rai Leone form whom Vemal escapes from London due to her sexual harassment travels to India in search of him.

Joining the search party is family members of Vemal’s lover Ashna Zaveri who want to kill the hero for sleeping with the heroine.

Anand Raj is also looking out for Vemal and Singampuli as the medicine box which they have contains drug. What happens at the end of all these searches and how did the hero tackles all of them forms the rest.

Vemal who is new to the adult comedy genre has understood what is expected of him and has handled the glamour and comedy parts well.

In fact he has done the genre better than the previous heroes who had tried it. Singampuli has a solid role in the flick and has given some genuine humour moments to laugh.

Ashna Zaveri and Miya Rai have done their part of adding glamour to the movie. Director A R Mukesh whose jokes have worked in some places has relatively failed to capitalise on the ‘adult’ element.

He must have misunderstood adult comedy to skin exposure which is one of the major flaws in the movie. Songs composed by Natarajan Sankaran are a breezer.