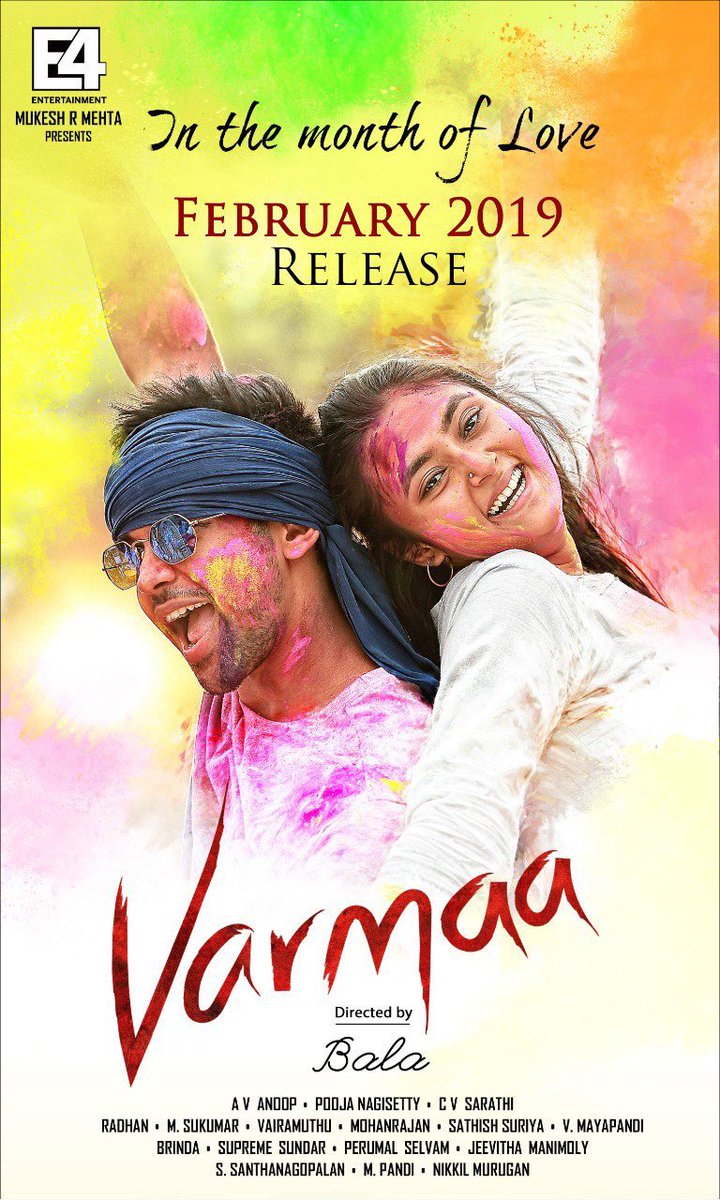 After a long time, there is a hot update of Dhruv Vikram’s debut flick Varma directed by Bala. The team has announced that the movie will be releasing in February 2019.

Considering that the film is a violent love story, the flick can be expected to be released during Valentines Day.

The flick has Bengali model Megha sharing screen space with Dhruv. Varma is the remake of Telugu flick Arjun Reddy which had Vijay Devarakonda and Shalini Pandey playing the lead roles. The flick is bankrolled by E4 Entertainment banner.

The audio launch of the movie was held at a grand function in Chennai recently which saw the participation of Vikram and others.