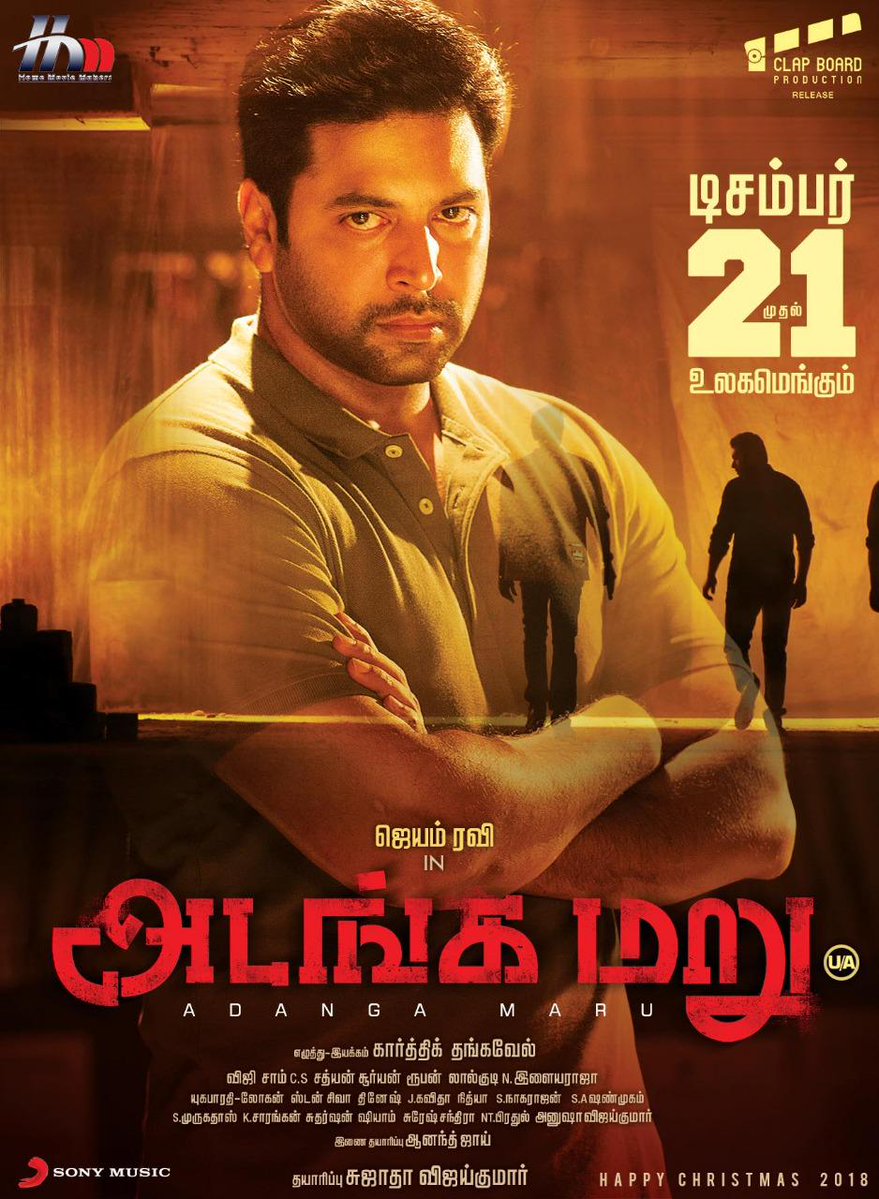 Be it dusty lands or the exquisite landscapes, his visual elegance has always enabled us for a wonderful movie-watching experience. Cinematographer Sathyan Sooryan has carved an impeccable niche of recognition through top-notch visuals. Here are some of the excerpts from this celebrated visual magician as he speaks about “Adanga Maru” scheduled for December 21 release.

On the first note, he abruptly starts talking about Jayam Ravi saying, “I have been a close friend to Jayam Ravi and we have been acquainted for a very long time. But just imagine a soft spoken person transforming into a power house within few seconds after the camera goes on. In fact, I could feel the heat of Jayam Ravi’s ferocious cop act on the sets.”
Having seen Jayam Ravi play cop in many movies, how different was to see him and shoot for ‘Adanga Maru’? Sathyan reverts, “Yes, I have admired his versatile performance as cop in Bogan and Thani Oruvan. But there is something about his performance in Adanga Maru, which stands out to be entirely exceptional in comparison to his previous movies. It’s all because of Ravi’s uttermost efforts in giving importance to his body language and mannerisms. So is Raashi Khanna, who sincerely prepares before every scene, even for the simplest walks as well.”

While speaking about the technical team, Sathyan Sooryan says, “Being the captain of ship, Karthik Thangavel had a perfect plan made during pre-production phase. Precisely, this helped me a lot for preparing the best. Shooting the action sequence was pretty much challenging, especially the climax act. It doesn’t simply involve the routine combat, but involves some brainy factors too. While Stunt Siva and his son Kevin Kumar along with art director would often display their ‘Perfectionist’ avatar, I had no option but to work as hard as them.”

Adanga Maru is produced by Sujatha Vijayakumar of Home Movie Makers and is directed by Karthik Thangavel.