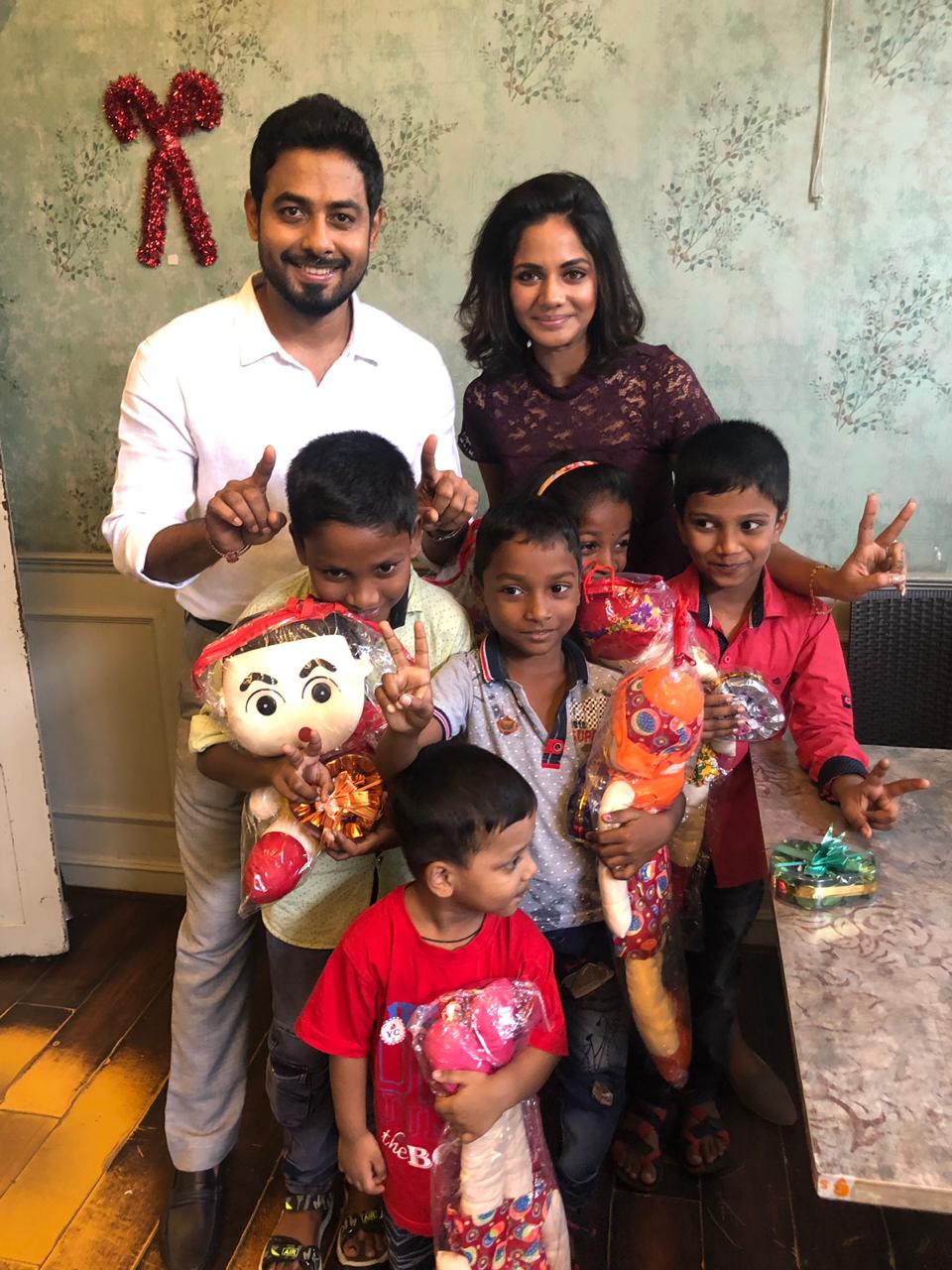 Actor Aari has always been fastest on his foot to extend his earliest help to anyone affected through natural calamities or even any personal issues. One such instance was very well witnessed through his intense involvement in Gaja Cyclone relief mission.

In the same manner, Actor Aari and his co-star Aishwarya Dutta along with entire team of their new untitled film invited unprivileged children from orphanage home to shooting spot and celebrated Christmas. The kids were so much delighted to have surprise gifts from Santa Claus, delicious food and more fun-filled celebrations, which made their day.

The shooting of Aari-Aishwarya Dutta untitled film is proceeding at brisk pace.

The film is jointly produced by Creative Teamz E.R. Anandan and Glowstar Creations B Dharmaraj with filmmaker S.S. Raja Mithran wielding the megaphone.