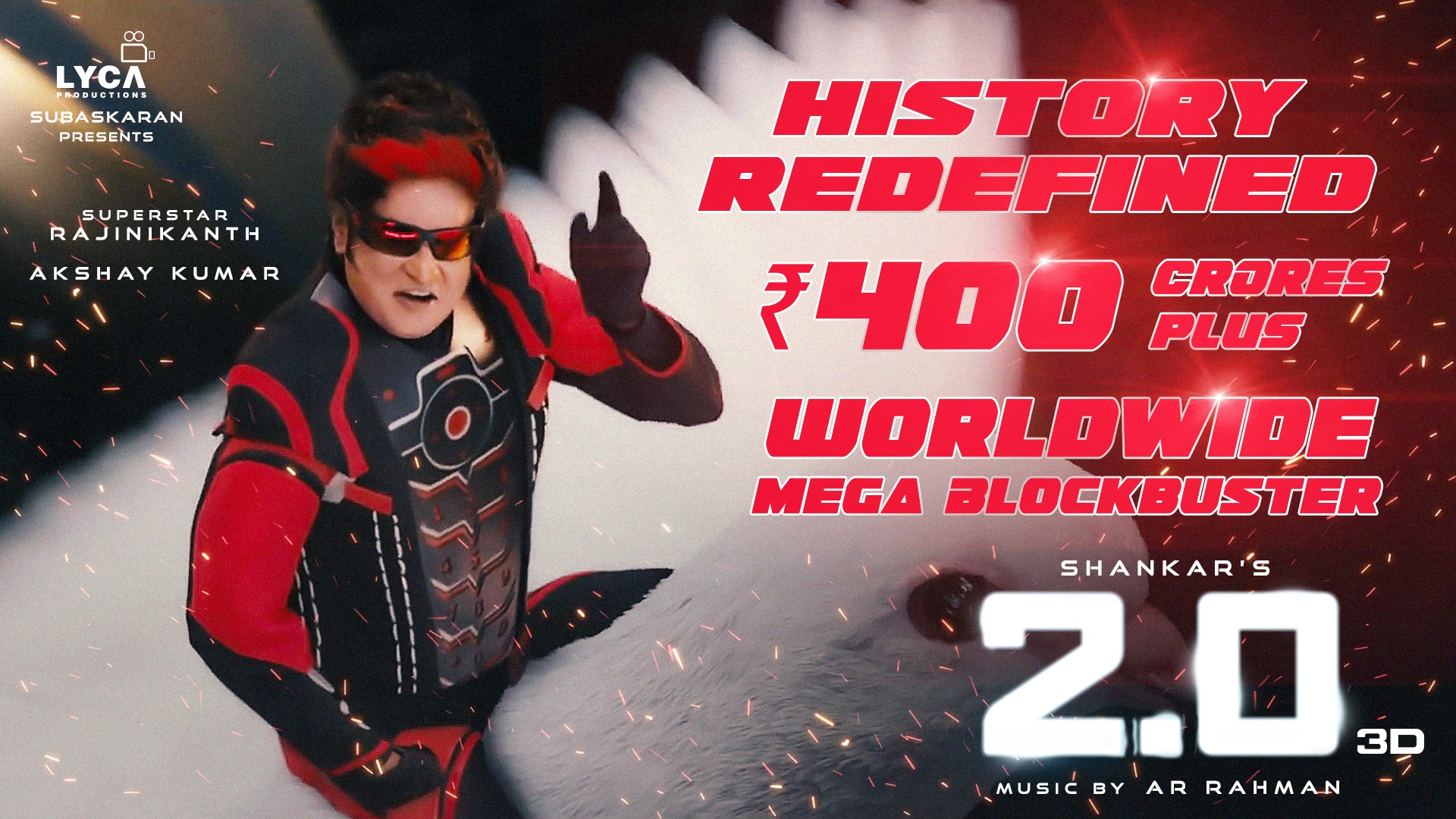 While there were several rumours floated about the collection of 2.0, makers of the movie Lyca have officially announced that the flick has collected Rs 400 crore plus.

Lyca Productions have also declared that the movie, which hit the screens on Thursday last, is a worldwide mega blockbuster.

The movie directed by Shankar which has superstar Rajinikanth, Akshay Kumar and Amy Jackson playing the lead role was released on 29 November.

Though there was not much promotional activity for the movie, positive reviews spread by word of mouth ensured that the theatres screening the film had houseful shows in the weekend and even on Monday.