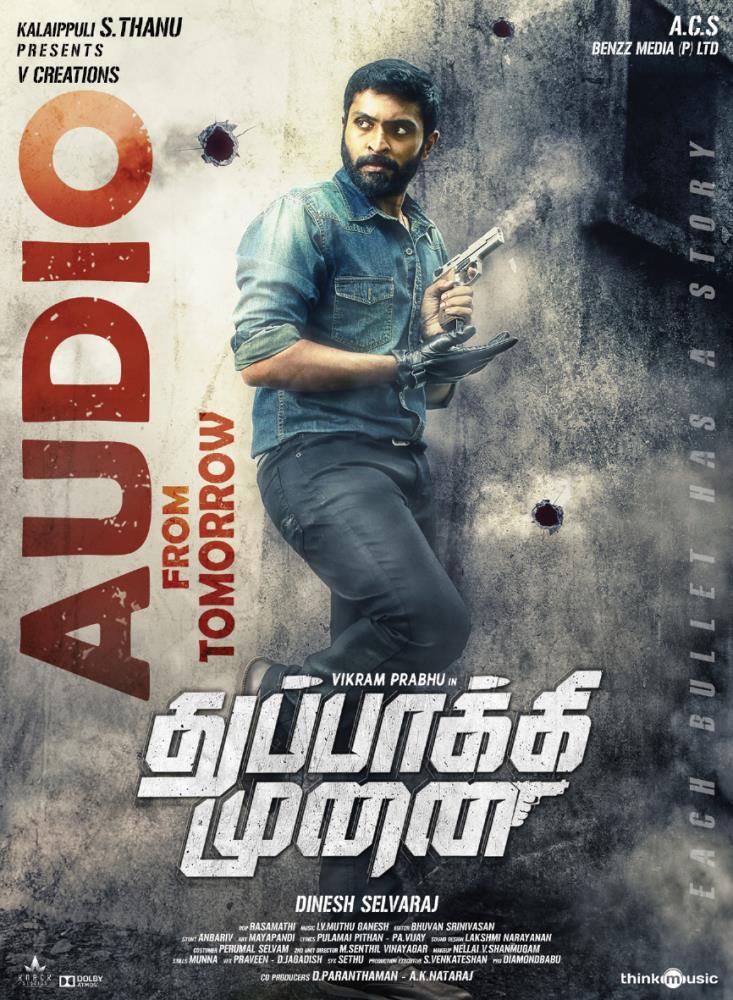 The first look poster of Vikram’s upcoming movie titled Thuppaki Munai was released recently. The title also has the tagline ‘Kill count 33: Each bullet has a story’.

The movie has been cleared by the censor board with U certificate. Now the team has announced that the audio of the film will be released on 21 November.

Hansika plays the heroine in Thupakki Munai. Music for the movie is by L V Muthuganesh and cinematogrpahy is by Rasamathi.