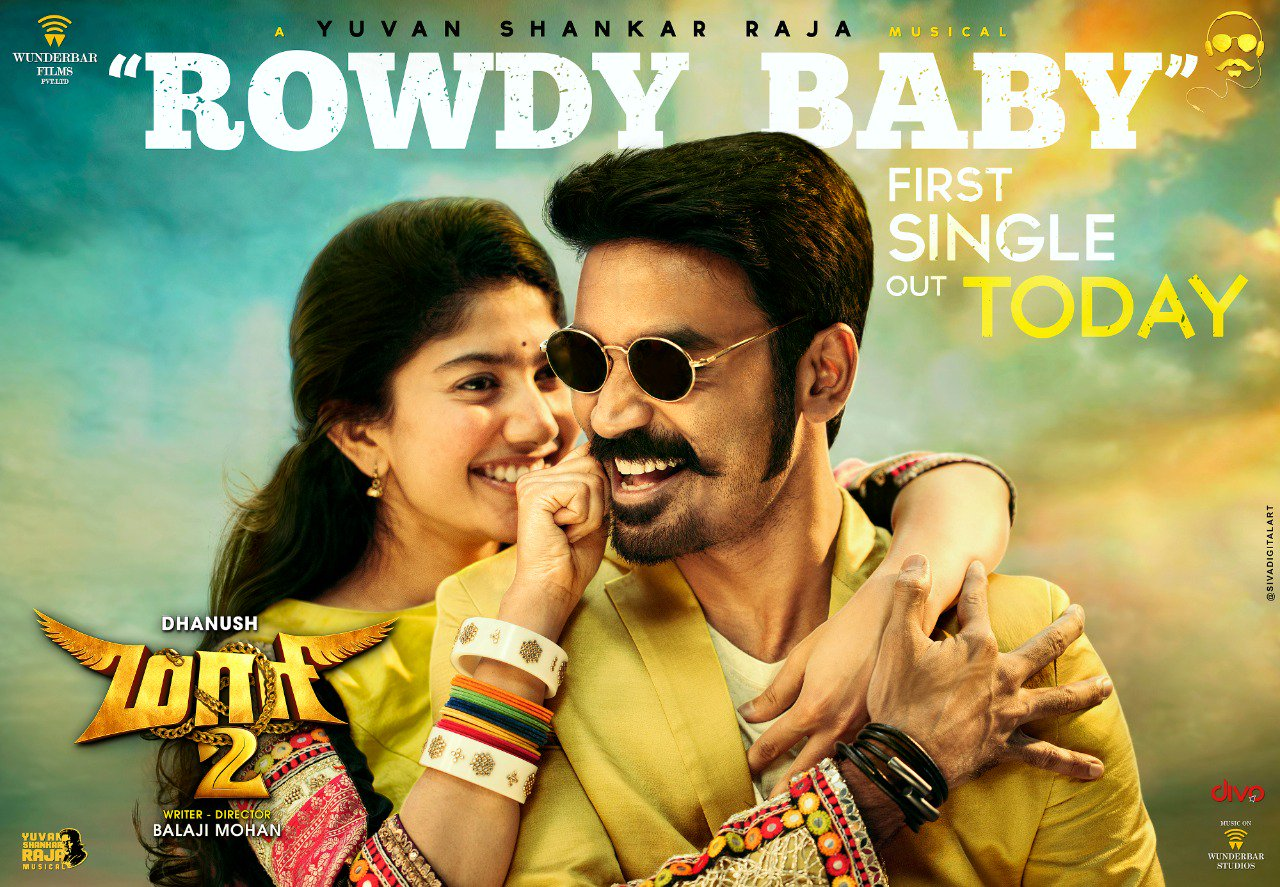 Rowdy Baby, the first single from Maari 2 which was released on Thursday has caught the attention of fans immediately and has gone viral.

It is a peppy love song on the likes of Don Don Don from the first part. With Prabhudevas’s choreography and Sai Pallavi and Dhanush who are excellent dancers, the song is sure to be a visual treat.

The movie is slated to be released during the Christmas holidays on 21 December. The flick has been cleared by the censor board with U/A certificate.

Maari 2 has a rich star cast which includes Sai Pallavi, Krishna, Varalakshmi Sarathkumar and Robo Shankar. Yuvan Shankar Raja has been roped in as the music director of the film. Mollywood actor Tovino Thomas plays the antagonist in the flick. The movie is produced by Dhanush’s home banner Wunderbar Films. The movie is directed by Balaji Mohan.