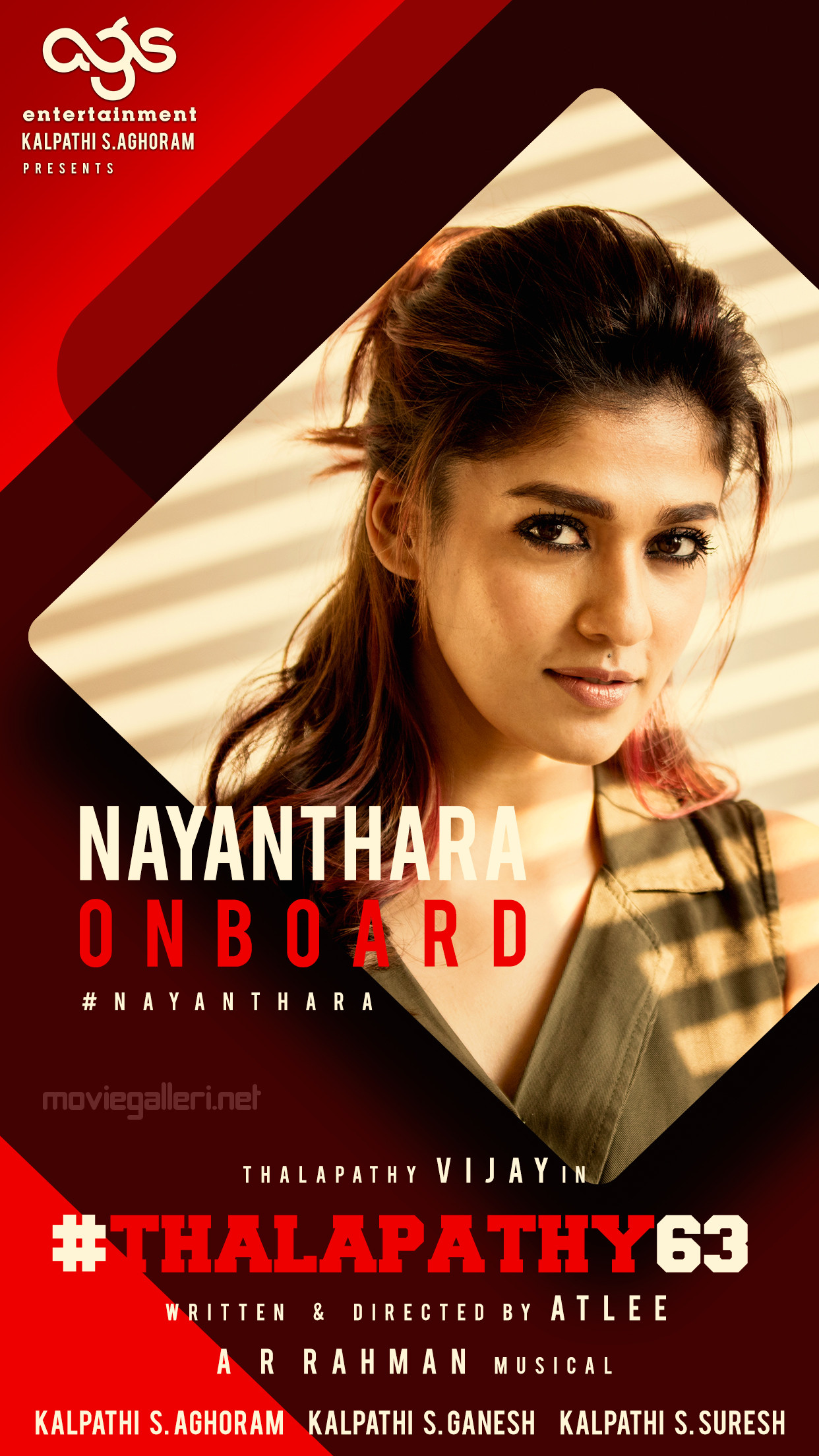 The official announcement about Vijay’s next movie tentatively titled Thalapathy 63 with director Atlee was made recently.

Now the makers of the movie have announced the Nayanthara will play the female lead in the flick. The movie which is bankrolled by AGS Films will be the third film in the actor-director combo after Theri and Mersal.

The makers have announced that the flick will be released during Deepavali 2019. A R Rahman will score the music for the movie.

Sources say remaining members of the cast and the crew are being fast roped in and the project will hit the floors soon.