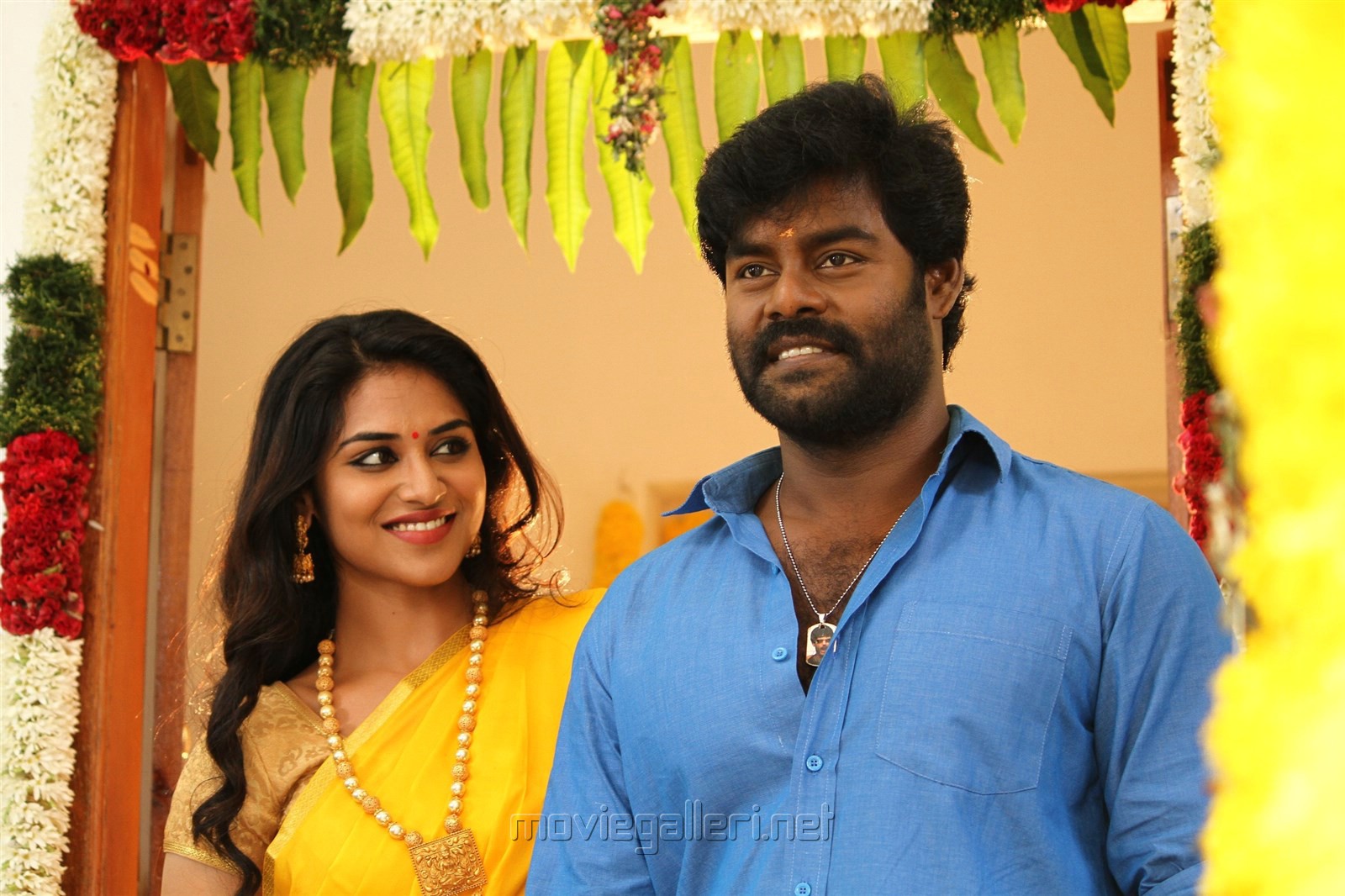 RK Suresh, a construction worker, is a die-hard Ajith fan who lives his life following his idol’s principles. His grandmother and fanclub are very close to him.

He is in love with his uncle’s daughter Chandini Tamilarasan who also reciprocates it. However, his uncle is against this.
Meanwhile, after the demise of his grandmother, he moves to another town to do work. There his owner’s daughter Indhuja falls in love with him.

Coming to know about this, his boss sends him out. This news reaches Chandhini and creates trouble in their love life. What happens nexts forms the rest.

R K Suresh who made his entry on screen as villain, transformed himself as a character artiste and has shined as the hero of the story in Billa Paandi.

He has emoted well, performed well in stunt sequences and impresses in the love sequences as well. The Ajith factor in the movie is going to be a big boost for the business, however at times, it seems to be overdone.

Director Saravana Sakthi has taken up an interesting plot with a good mixture of love, sentiment and action set in the rural backdrop.

All the star cast in the movie have done justice to their characters. Music by Ilayavan is one of the biggest strengths of the film and has done a decent job with the background score as well.

Billa Pandi will cater to Ajith fans this festival season.