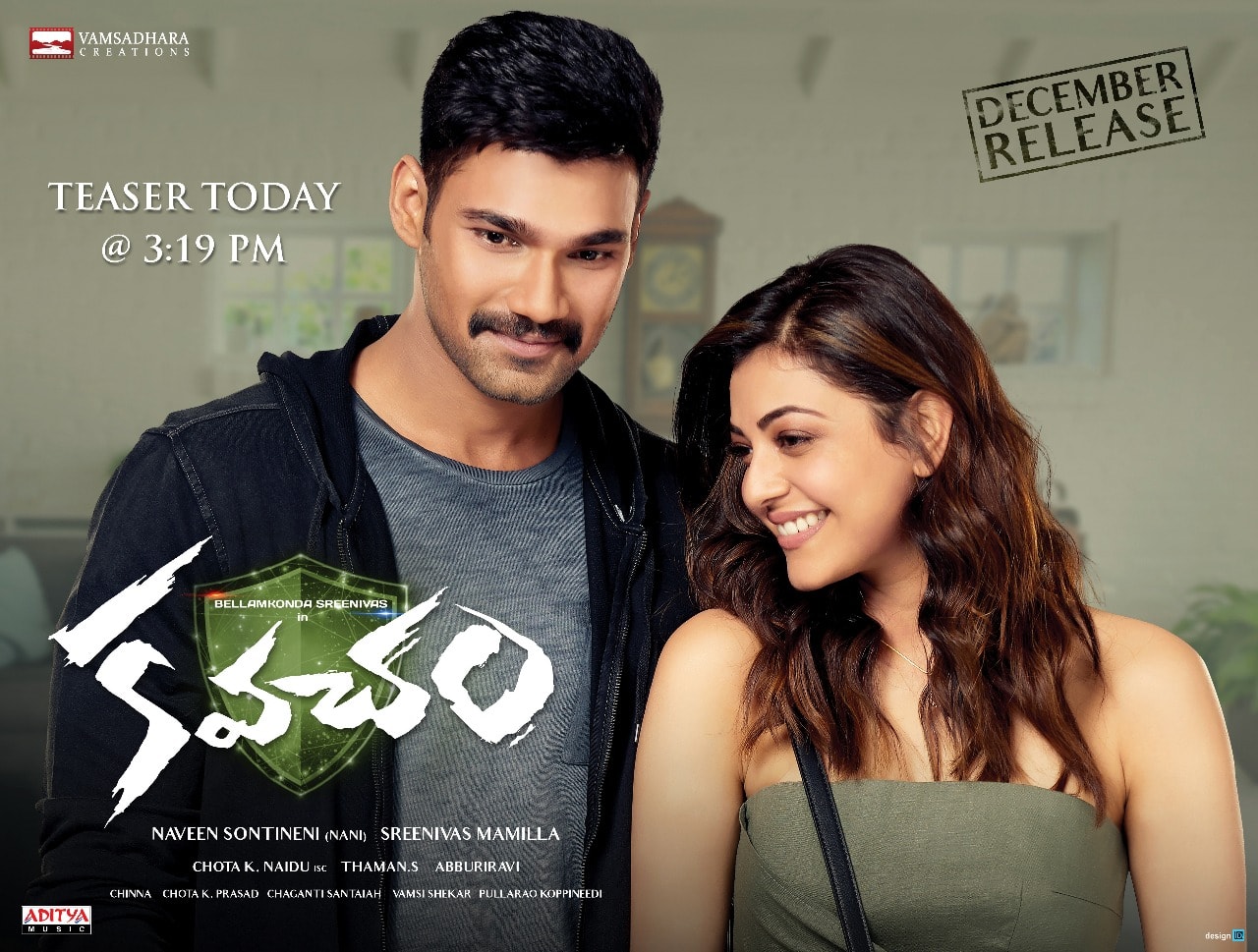 The teaser of ‘Kavacham’ starring Bellamkonda Sai Sreenivas and Kajal Aggarwal in the lead roles will be released on November 12th. Very recently the first look of the film was unveiled on the occasion of Diwali and it got a good response with hero Sreenivas appearing as a dynamic police offer.

This is a thriller being directed by newcomer Sreenivas Mamilla. Mehreen, Harshavardhan Rane and Bollywood actor Neil Nitin Mukesh are playing important roles.

The shooting of ‘Kavacham’ has been wrapped up while the songs are remaining.

Music is being composed by SS Thaman while Chota K Naidu is handling the cinematography. 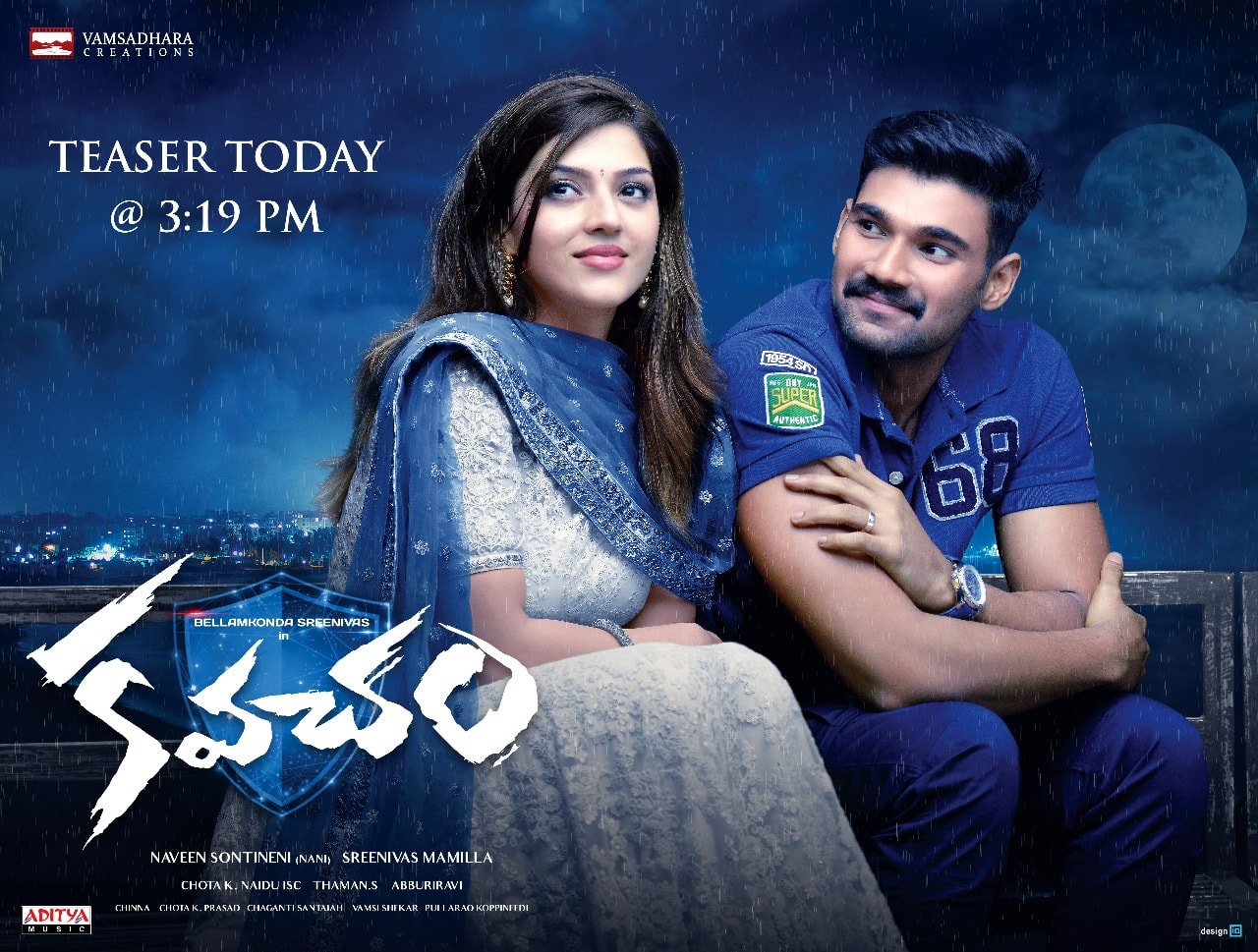