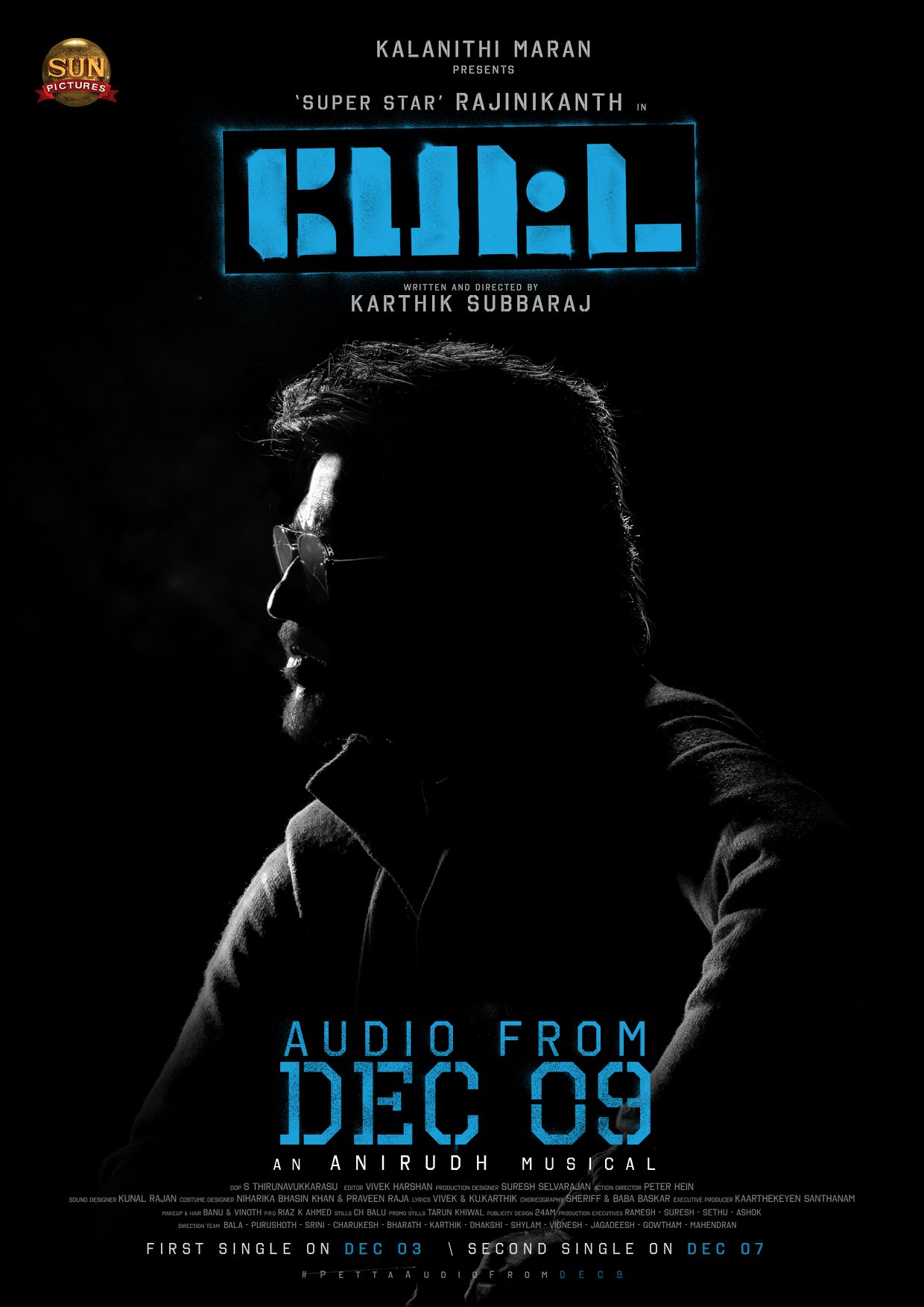 Director Karthik Subbaraj has announced that the audio launch of Petta will happen on 9 December.

He tweeted the first single from the movie will be released on 3 December followed by the second single on 7 December and the entire album on 9 December.

The movie is produced by Sun Pictures and has an ensemble of cast which includes Trisha, Simran, Vijay Sethupathi and Bobby Simha among others.

Music for the movie is by Anirudh Ravichander. It is also expected that the teaser of the movie will be released on Rajini’s birthday on 12 December.

Meanwhile, Rajini’s magnum opus 2.0, directed by Shankar, will hit the screens on November 29. In the meantime, the superstar’s official spokesperson Riaz Ahmed has refuted reports about the ill-health of the actor. He said Rajini is fit and fine.