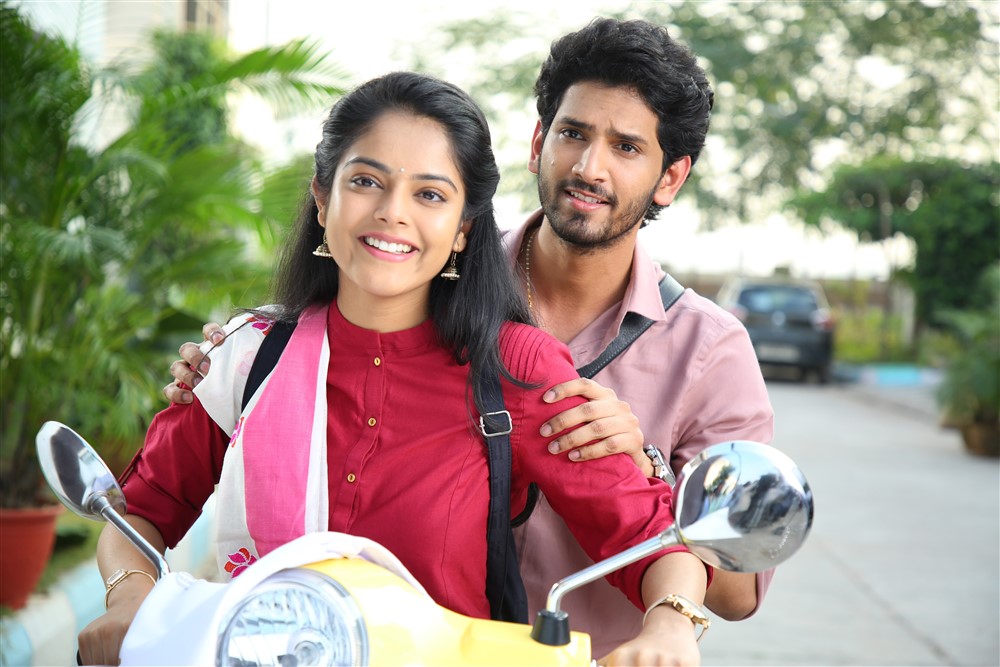 Producer K L N Raju speaking about the movie Anaganaga O Premakatha has a tag line called “Touch Has A Memory “which communicates the story itself , I have been in Telugu film industry from very long back like producing , financing films later I took a break and was busy in my businesses after many years I thought of producing a film then I started listening to stories. One day Pratap came up with this story which is very unique and engaging script so I felt I should produce this film . My father in law D V S Raju a successful producer gave a great opportunities to many talented people and gave them life so I felt I should make this film with new comers and make this film hit in that scrutiny process we came across Male lead Viraj Ashwin nephew of Marthad k Venkatesh whose looks are promising and trained actor under the great star maker Satyananad and we casted him and coming to female lead Riddhi Kumar where in the first look test we confirmed her . A very interesting thing happened while we are shooting ,after our first schedule of shooting Dil Raju took Riddhi Kumar in his movie LOVER which is a recent release ,that itself shows we are successful in casting the lead pair .One biggest challenge what I have taken in this movie is Main lead pairs are new faces and technically Director , DOP,Music director are new ones ,initially many people warned me in my decision later after me watching the film I”m very happy and confident with this team with what they have delivered, hopefully as audience you will definitely like the film . In Love stories we always need to have beautiful locations so when director narrated story I told him not to comprise in locations wise and as per our story it revolve around ocean so we shot this movie in 19 different locations like visakhapatanam ,araku , Ramoji Film City ,Malaysia ,langkawi etc DOP Edurolu Raju done a fantastic job , so now when u see the trailer u can find visually we never comprised .Coming to Music love stories always need have a beautiful song and BGM music director KC Anjan whose currently working under A R Rahman(for movies like Nawab ,Sarakar ,Robo 2.0 etc ) gave us wonderful songs which are catchy and impressive ,especially I should mention BGM which is really outstanding and you will enjoy his work in auditorium where you can experience love feel . and shreemani penned wonderful lyrics for entire songs which are loveable I should also thank Marthad K Venkatesh for his inputs for the film and need not to describe his work he has done great job in editing and making this film more interesting to audiences and other techinicians art director Ramanjaneyulu ,fight master Ram Krishna master and dance master Aneesh babu did their jobs successful and contributed their work efficiently in making of the film . There are many more topic to discuss but for sure will come in touch in couple of days , we are planning to release the movie in December second week and we will get back to you with exact date and events very soon thank you