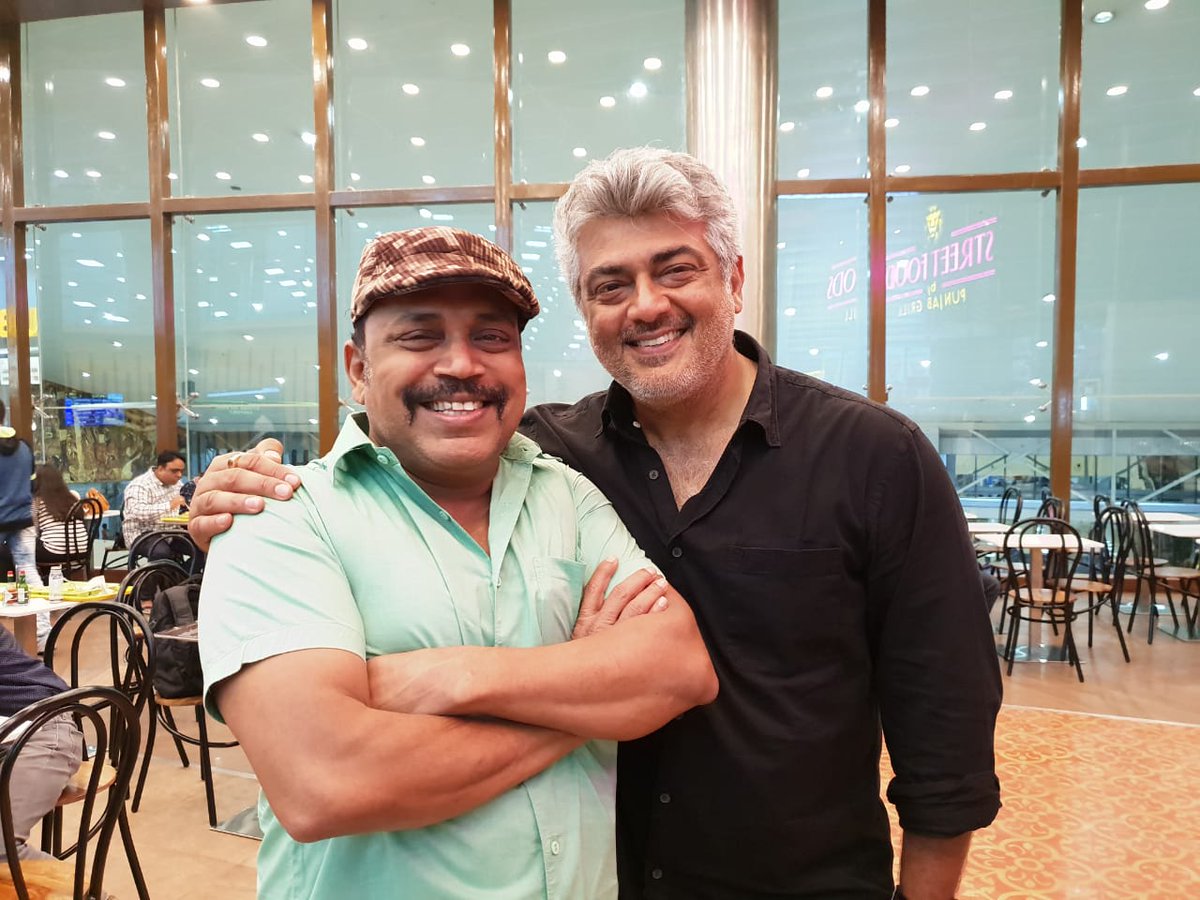 Shooting of Ajith’s Viswasam has been wrapped with a song and action sequence shot in Pune recently.

Following this, Ajith has shaved his moustache and beard. With this, the movie is all set to be released for Pongal 2019.

The film is directed by Siruthai Siva and has music by D Imman. The second look poster the movie was released recently in which Ajith is riding a bike wearing a helmet with dancers running behind in a festival setup.

The movie produced by Sathya Jyothi Films has Nayanthara as the heroine and Thambi Ramaiah in a key role.