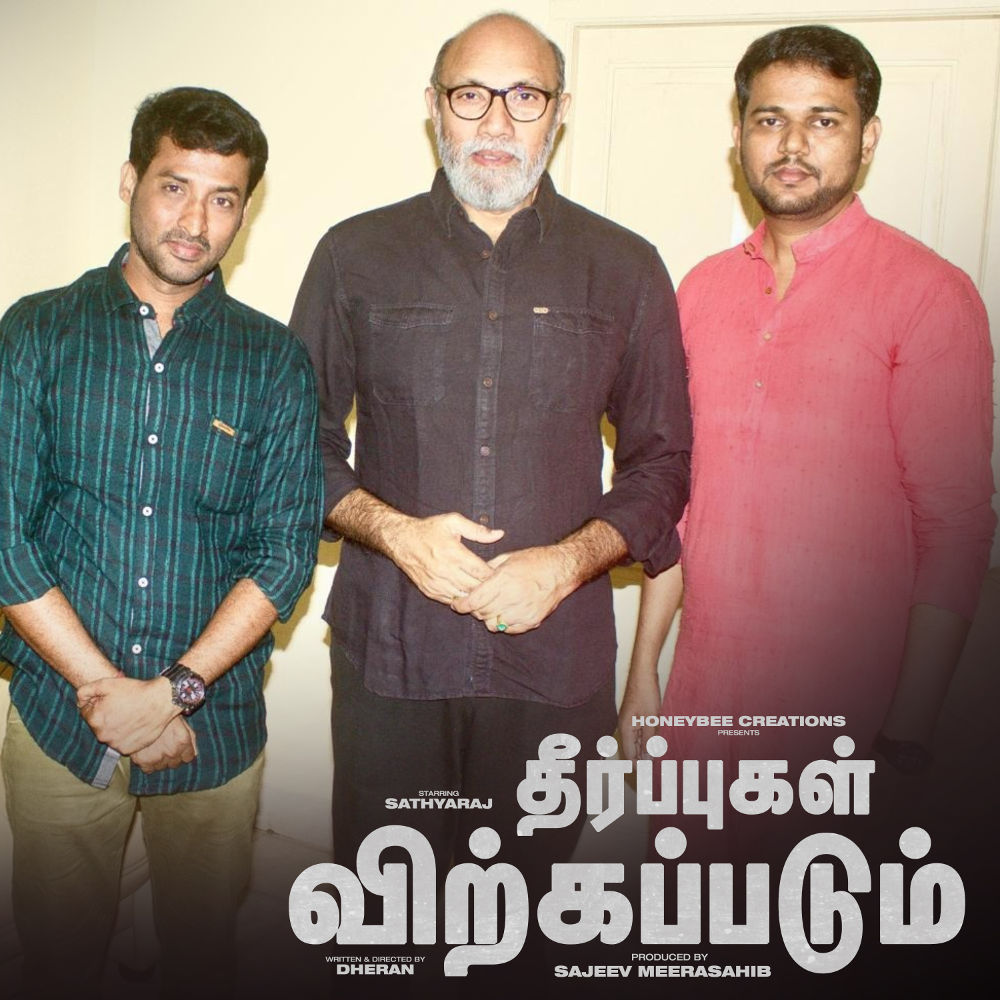 “Theerpugal Virkapadum” shall showcase Sathyraj as never seen before, he is here to break the norms, break conventions and to fight for the Daughters of India.

Producer Sajeev Meerashahib says “We are indeed delighted to do a film with Sathyaraj Sir as the lead. He has got an amazing power of positivity that spreads to all. This script demanded his presence. When director Dheran narrated the script to me we mutually accepted that only Sathyaraj Sir can play this role. Such is the message and such is the aura of the name Sathyaraj Sir. As a Producer I opted to choose to produce this film in Tamil since I strongly believed that the reach would be much bigger.More over Tamil Nadu has been the breeding ground for social justice and will be forever. We are commencing the shoot by “mid December” said Producer Sajeev Meerashahib of HoneyBee Creations.

Director Dheran who had also written the story says “I thank my producer Sajeev Meerashahib Sir, for trusting me and entrusting this major assignment. This script demanded a courageous producer apart from a commanding hero. Sajeev Meerashahib Sir, as the producer and Sathyaraj Sir as the hero had given life to the film. The protagonist of this film is a warrior of social justice. Sathyaraj Sir with his sheer weightage of being a man of uncompromising attitude was the sole choice. I was amazed by his simplicity, his efforts to connect himself with today’s generation is commendable. When we were asked to source a popular name to announce the title of our film, we instantly decided upon Thirumurugan Gandhi because of his presence in social activities. Aanji of “Garuda Vega” (Telugu), fame is the Director of Photography, Prasad S N (Yaamirukka Bayamey and Kaateri) is the Music Director. Sarath, associate of Editor Ruben is debuting as Editor, Suresh Kalleri (Kutti Puli, Jail) is the Art Director, Nihitha vincent is the executive producer. The other cast and crew will be announced soon.

Dheran also added “Theerpukal Virkapadum” is based on true events, our commitment to provide quality entertainment with a social message shall be explicit in this exciting action thriller. We are confident that the film will keep the audience on the edge of the seats frame to frame”.