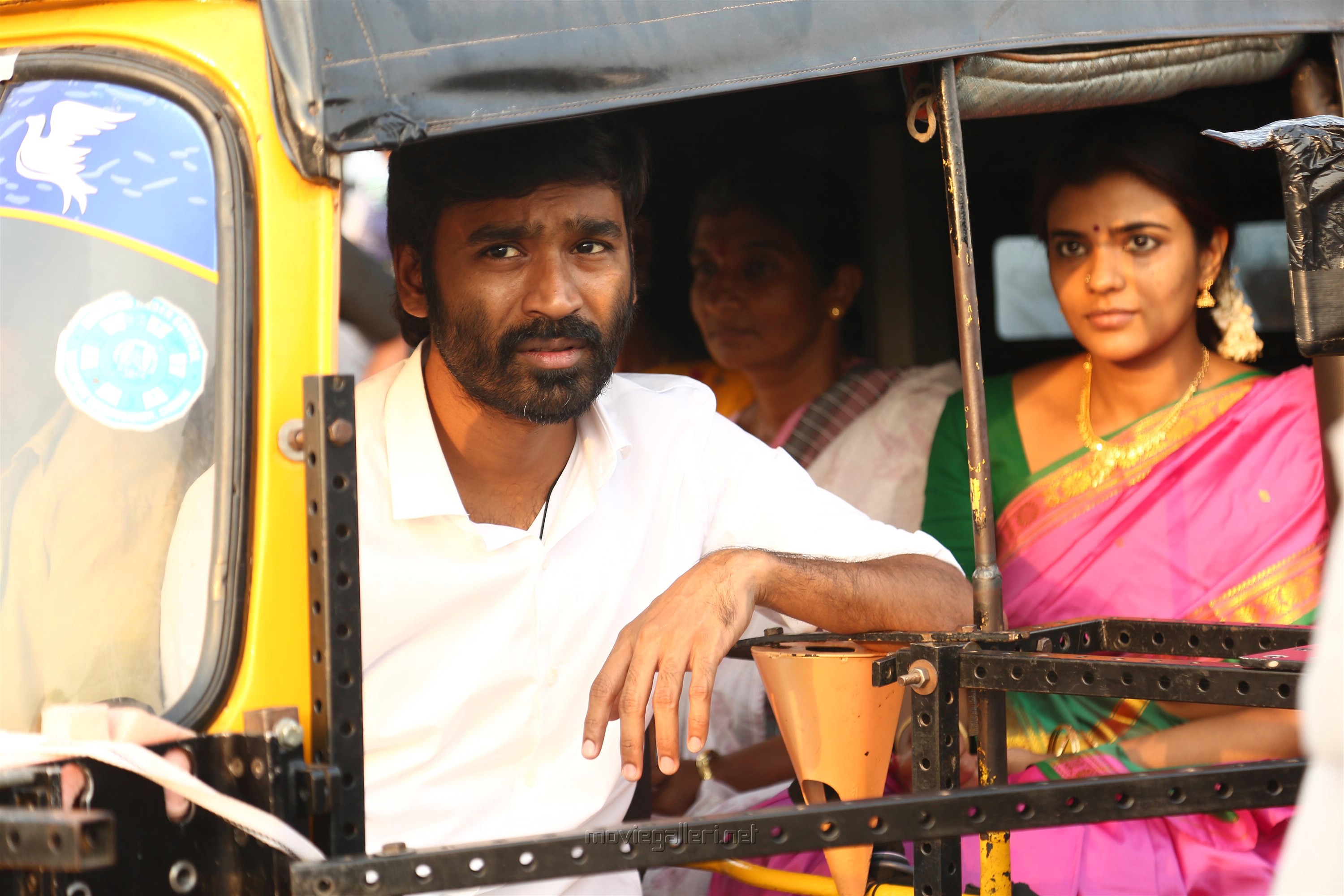 Vada Chennai is the story of how Anbu, a carrom board player, involuntarily gets caught in between a gang war forcing him to take one side and later he goes against both the groups.

Ameer is a don in North Chennai who has the area in his control with the help of his aides Samuthirakani, Kishore, Pawan Kumar and Sai Dheena.

Dhanush who dreams to become a carrom player is encouraged by Ameer. Meanwhile, Dhanush always gets into fight with Aishwarya Rajesh who resides in the locality.

As days pass by they both become lovers. A project which aims at the expansion of the roads in the area is planned to be implemented but considering that the people will be affected by this Ameer stands against this project.

What happens next and what role Dhanush has in this mix up forms the rest.

With multiple casts, everyone’s role is given equal importance and each of them have their own moments. Dhanush has once again excelled in this role and the character portrayal is something that he is used to in Polladhavan.

Ameer has a strong role to play in the movie and has carried the weight of the character with might. Aishwarya Rajesh has lived as a North Chennai girl and is lively in her character.

Andrea has a motive in her role and has executed it to absolute perfection. Apart from that, the entire cast too have done justice to their roles.

Director Vetrimaaran who is known for his close to realistic type of filmmaking has once again done his magic in Vada Chennai. Though the movie swings to and fro from one period to pwriod he has ensured that it is not confusing.

The livelihood of the people in that area and the events that took place in each period too has been interlaced nicely. A strong foundation too has been laid for the next part.

Vada Chennai is a thorough gangster flick in Vetrimaran’s style of making.