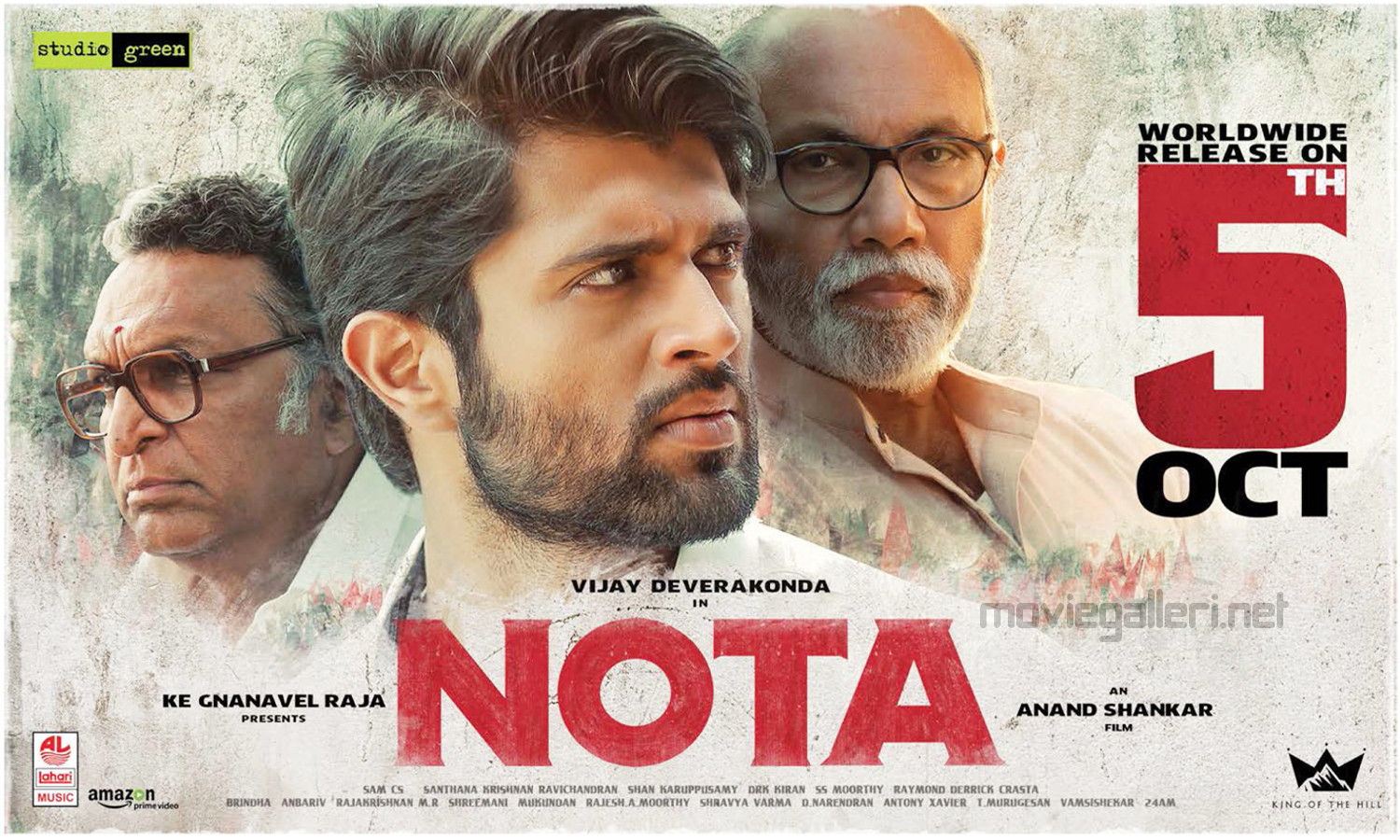 Vijay Devarakonda is a fun loving youngster who resides in London and enjoys his life. His father Naasar is the Chief Minister of Tamilnadu.

Vijay Devarakonda comes to India only once in a year on his birthday to visit the Ashram run in his mother’s name after her demise.

This Ashram is managed by Sathyaraj and his daughter Mehreen Pirzada, a journalist. During one such visit, Vijay is made as the Chief Minister of the state over night as Naaser was caught in a case.

Naaser asks Vijay not to come out till the judgement is delivered. A few days later Naasar is sent to Jail following which violence breaks forcing Vijay to come out and address a press meet.

During the meet he issues a few orders to bring the riot under control. Naaser who comes out in bail gets injured in a bomb blast. Vijay who enters politics without interest slowly wants to do good to the people and starts concentrating in the governance.

Not happy with his son’s behaviour Naasar plans to remove him from the post and appoint someone else as Chief Minister. What happens next forms the rest.

Vijay who makes his Kollywood debut in this movie after the success of Arjun Reddy and Geetha Govindham in Telugu has immense screen presence and has carried his role well.

It is not easy to play a politician at a very young stage in his career and he has nailed the character. His dialogue delivery and body language are top notch.
Mehren has very little scope to do in the movie and does her part well. Sathyaraj and Naaser are the pillar of strengths for the flick and shoulder the burden with their seasoned acting.

Director Anand Shankar has mixed the present day politics in the script which makes it relatable to the audience keeping them engaged.

While the first half is very engaging, the second half tends to slag a bit and the running time could have been reduced a bit. Music by Sam C S elevates the mood of the movie. Equally good is Santhana Krishnan’s cinematography.

NOTA is a taut political movie that deals with contemporary politics.