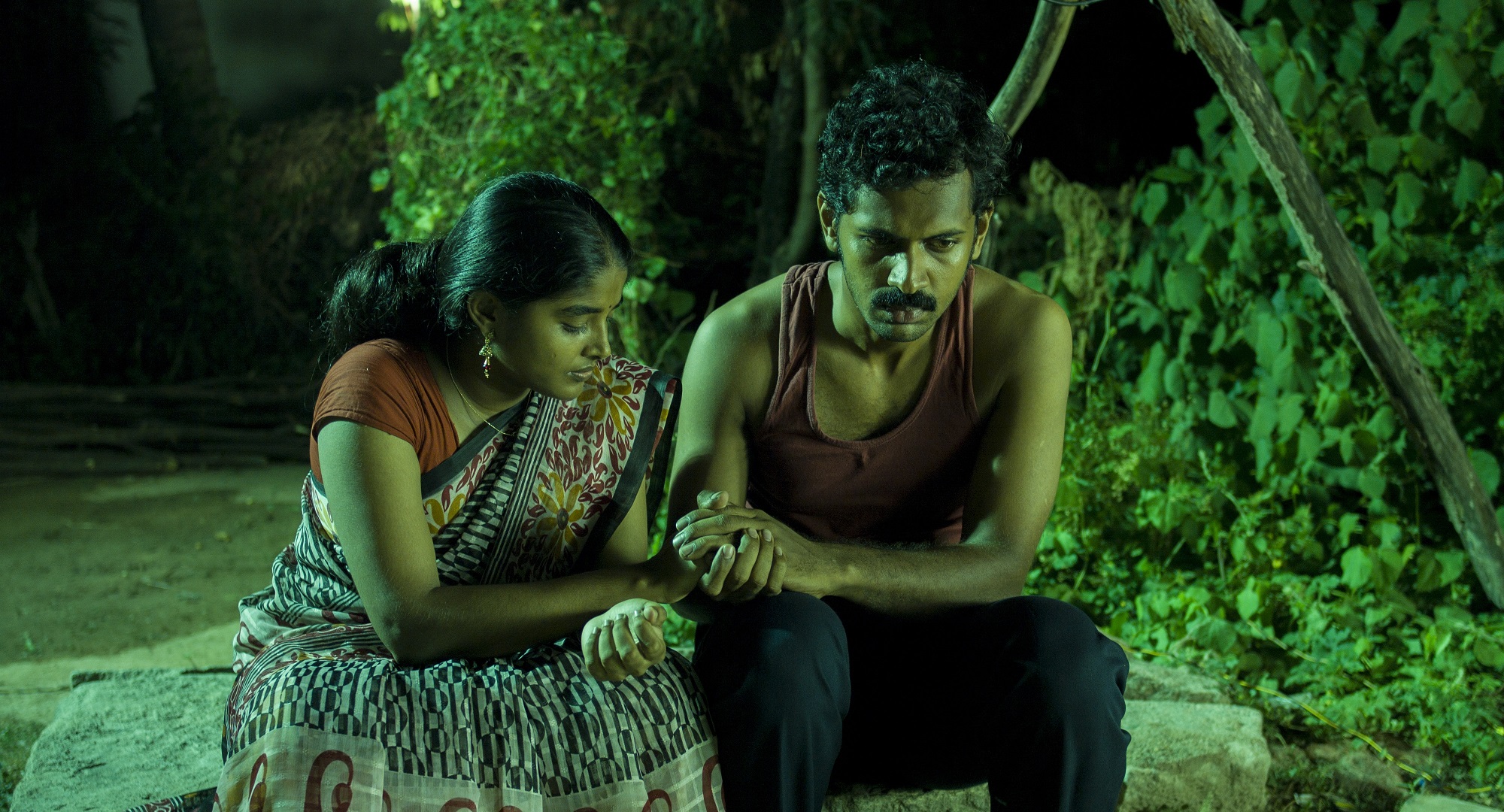 Joining the long list of movies that are raw and based on real incidents is Manusangada. The movie begins with the news of the demise of hero Rajeev Anand’s father.

Rajeev who is working in the city along with his girlfriend Sheela goes to his village to perform the final rites of his father.

However, problem arises as the so-called upper caste people in the village declare that they will not allow the death procession to be taken through the public road.

Without knowing what to do Rajeev is advised by one of the elders in his community to take up the issue legally and he also wins in it.

The Court orders to give police protection so that the procession can be carried out without any hindrance. But things did not go as planned and what Rajeev does forms the rest.

Rajeev as the protagonist has got a solid role and has delivered what the character asked for. He has expressed dejection, anger and how a man in his situation handles things.

Sheela who accompanies the hero to the village is surprised to see the practices that are still in vogue in such places. She echoes a few questions that the audience pose to which the hero responds.

Director Amshan Kumar has taken up the sufferings of the marginalised people to get their basic rights even after their death. He has made the movie as real as possible. More concentration could have been put on the technical aspects of the movie.

Manusangada is another raw film that talks about the plight of the suppressed people in village in a touching manner.
Rating: 2.5/5 – Cry of humanity