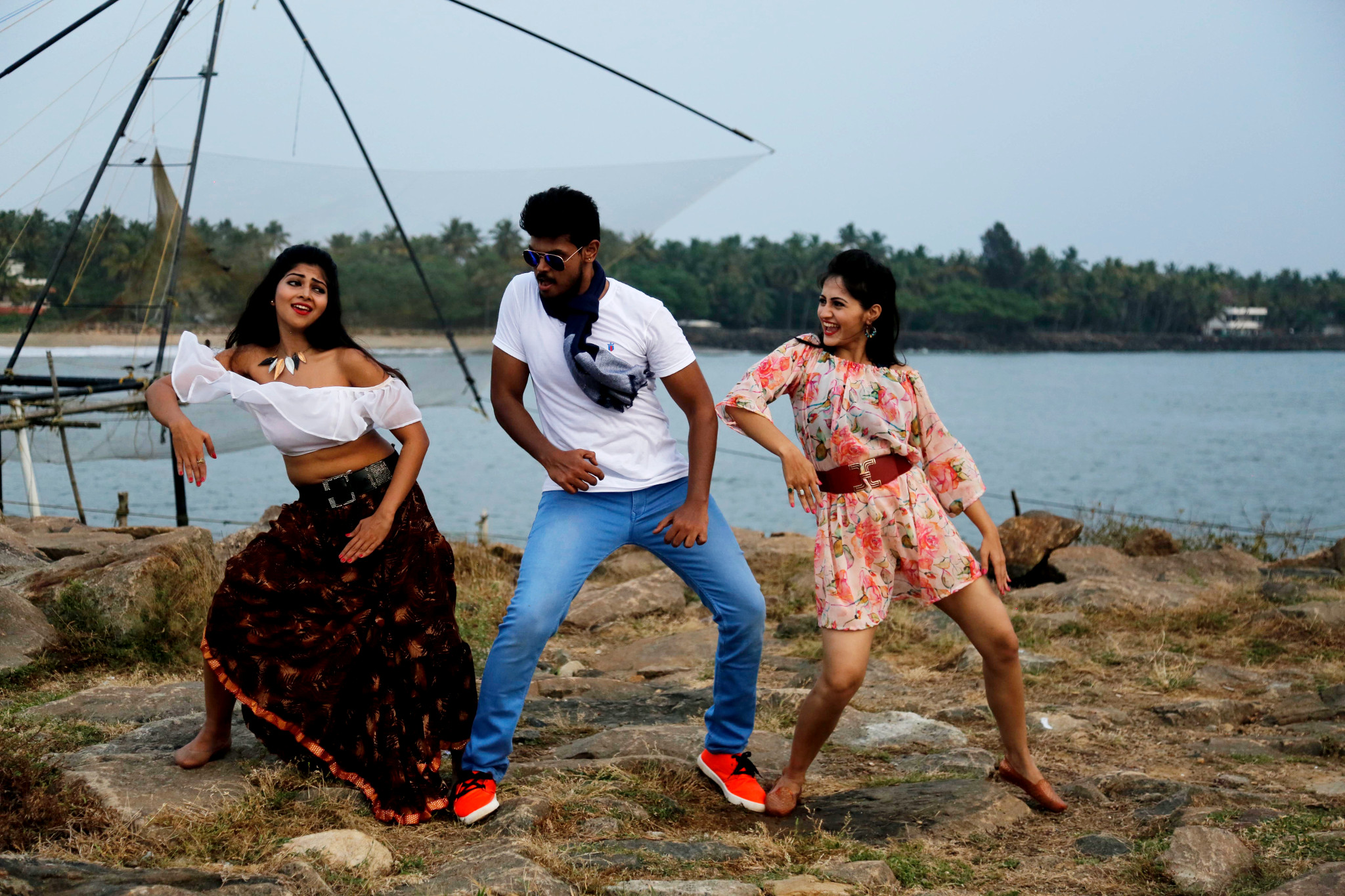 Rajkumar, a dancer, is the son of a junior film artiste Urvasi. He participates in various shows for a living.
During one such performance he meets Srijita Ghosh, a contestant. She takes part in the contest to take revenge on Nagendra Prasad, founder of a western dance school, who does not share a good past.

Rajkumar and Srijita happen to share a couple of stages following which they become friends. Seeing Rajkumar’s interest in dance and his style Srijita’s sister teaches him Bharatanatyam.

Problem arises when Urvasi and others are asked to vacate their house in Film Nagar. The owner of the house asks the inmates money so that he does not have to sell the house to someone else from the outside.
Following this, Rajkumar and his team decides to take part in an international dance competition in which Nagendra Prasad also takes part.

Did Rajkumar’s team emerge victorious and save the house forms the rest.

Rajkumar who carries the entire movie on his shoulder has done his part well and his dance moves too add soul to the movie.

Srijitha who wants to defeat Nagendra too has expressed and emoted well through out the movie. Nagendra who probably plays the antagonist for the first time in his career has done a decent job in his role.

Director Venky A L has tried to trace the journey of a group of backup dancers and the struggles that they face. Though the story line is nice, the screenplay could have been more appealing.

Except for dance sequences and some scenes, the audience might feel disconnected with the movie. Koothan is a good attempt which could have been done better.
Rating – 2.25 / 5 – Making Moves