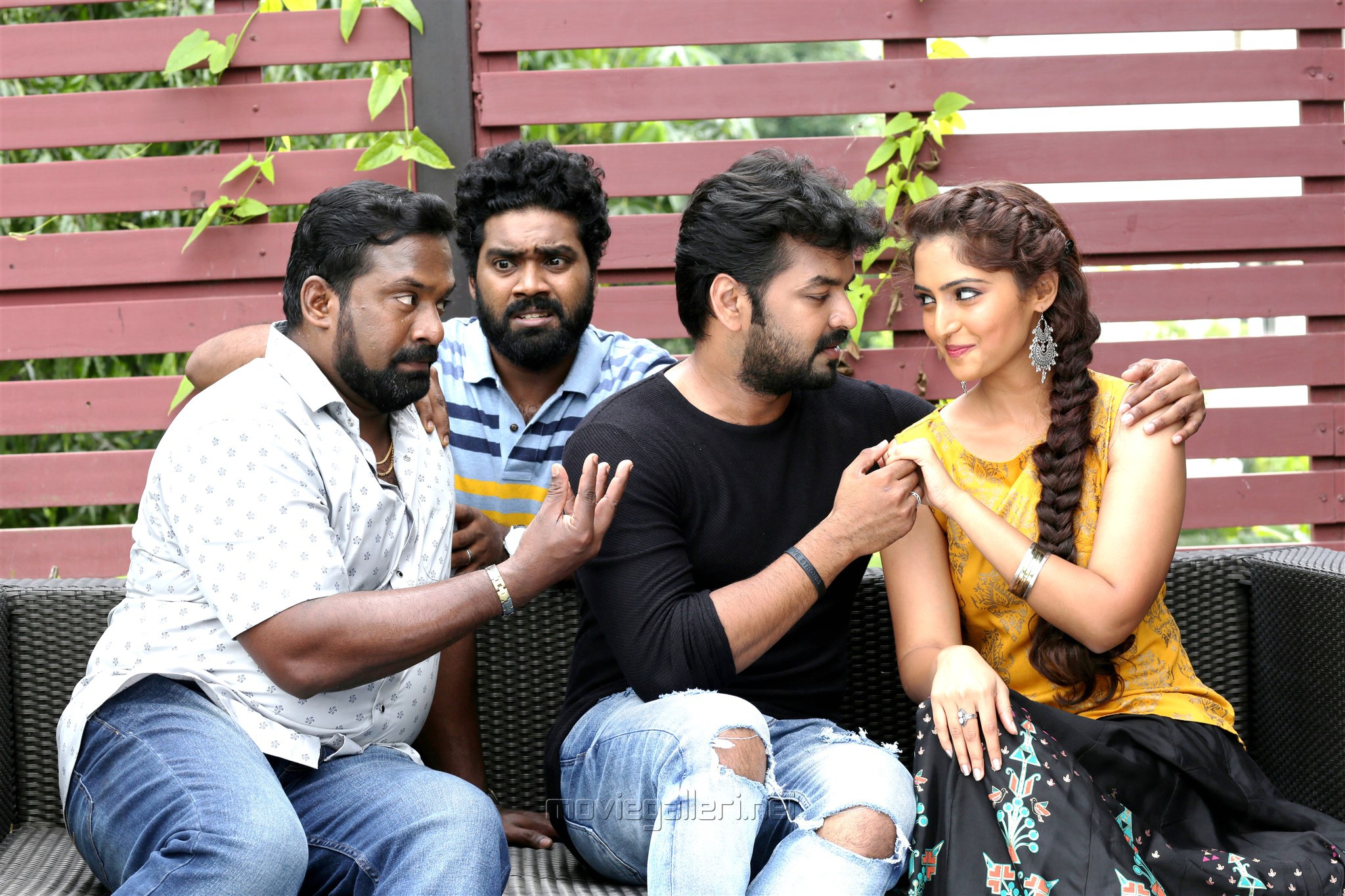 Jai belongs to a lower middle class family and works as a guy who seizes cars from people who do not pay their dues.

He loses his job after her seizes the car of a councillor. Following this he decides to do some job and get settled in life.

He wants to start a travels company and tries to get loan for it but gets rejected several times. He tells about this to his friend Danie, who introduces him to Ilavarasu, a broker.

After this he gets loan by creating fake documents and starts a travels firm. Inspector Bose Venkat finds out that Jai has used bogus documents to get loan.

He threatens both Danie and Jai to give him 10 lakh in two days so that he won’t take legal action against them. When roaming without knowing what to do, the duo end up meeting Robo Shankar who is in love with Reba Monica John.

Robo Shankar promises to give them 10 lakh if they kidnap and bring Reba. What happens next forms the rest.

Jai has serious role in the movie and it is good to see him shed the innocent hero look. Danie and Robo Shankar have been given equal importance in the flick.

Director Pichumani has presented the movie with a different screenplay. Though there are few let down moments here and there, the movie is still enjoyable.

Jarugandi is a movie that shows Jai in a different perspective.
Rating: 2.25/5