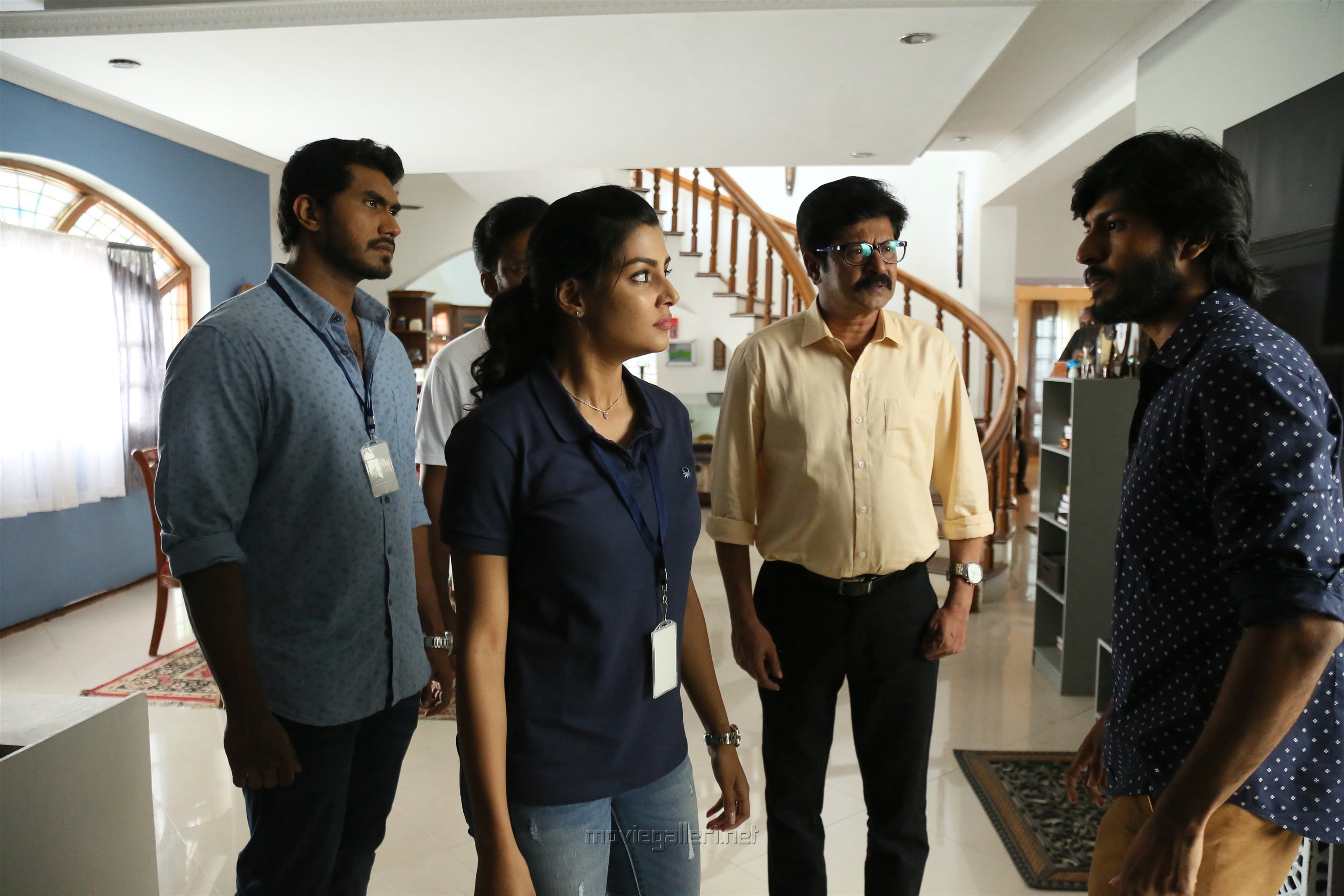 Couples Chandini and Jayaprakash Radhakrishnan are not on good terms. Sibi, a journalist who is always in an inebriated state, stays as a tenant in their house.

One day, Chandini gets murdered and Sibi is arrested by the police on charges of his alleged involvement in it. However, he is brought out on bail by his office.

While the police continue their investigation, the media office also starts to find its own clues. Both these investigations travel in different directions and lead to different persons.

Who is the actual killer and whose investigation is on the right path forms the rest.

Sibi, as a drunkard who takes things very lightly has a different role to play and has scored well in it. Guru Somasundaram who is known for his acting has once again proved it in this flick.

Chandini has a meaty role to play in the movie and has acted according to what the character required. Anisha Ambrose who comes as the journalist who hunts for clues has also done a decent job.

The rest of the cast and crew have done their job well. Director Manoj Beedha has taken up a murder and has moved the story with two different perspectives which is a bold attempt.

The director has managed to keep the audience engaged throughout the first half. However, in the second half, lengthy scenes and not-so-crisp screenplay hampers the flow of the movie. BGM by Sam CS is of top notch and the songs are also above average.

Vanjagar Ulagam is a movie which has two different views.