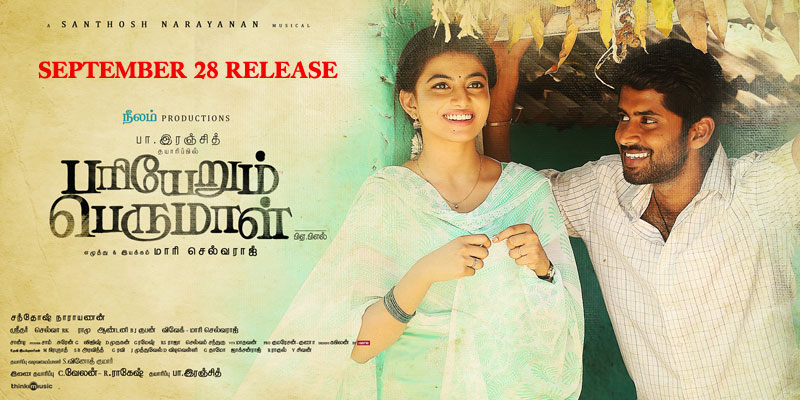 Kathir is born in a ‘low caste’ at a village in Tirunelveli. He is disturbed by the fact that no one respect his villagers.

A senior villager advises him that to stop this discrepancy and to bring justice to the village, Kathir must become a advocate.

Following this, he joins a law college, where he meets Yogi Babu and they both become friends. Anandhi who is Kathir’s classmate likes his straight forwardness and befriends him.

One day she invites him to attend a function at her home and Kathir too goes wearing a new dress. However, Anandhi’s father and brother lock Kathir in a room and beat him up and insult him.

Dejected by this he decides to stay away from them, but they keep causing trouble. At one stage not able to bear their torture, he goes to college drunk and gets caught.

This news reaches the Principal who shares his experience and the importance of studies giving fresh motivation to Kathir.

With new intent and new aim Kathir comes out of the college only to find his dad nude and humiliated. He also learns about the plans to murder him.

What he does after that? Did he become an advocate, was he able to bring justice to his village form the rest.

Kathir whose character was much appreciated in his last flick Vikram Vedha has taken his acting skills to next level with Pariyerum Perumal.

He has lived the character and this is going to be an turning point in his career. All his hardwork too bring out the emotions of the character are so natural and clearly visible in the silver screen. Kayal Anandhi has a innocent role in the movie.

Despite all the wrong things happening around her, she is not aware about it and goes about doing her routine. Yogi Babu has a strong characterisation and has as usual done his job to satisfaction.

All other supporting cast in the movie have lived as their characters giving audience the feel of actually being in the village.

Director Mari Selvaraj has got every minute detail to perfection to suit the movie. Right from the cast to selection of shooting spots he has done his ground work and has presented it as it is.

The biggest strength of the movie is the nativity and reality with which it is presented. Taking up a critical topic and conveying his message strongly is very much commendable.

Sridhar’s cinematography is one of the biggest strengths of the movie. Santhosh Narayanan’s music and silence are both very effective in the course of the movie.

These are good times for Kollywood movies and Pariyerum Perumal will certainly get a top place in the ranking.