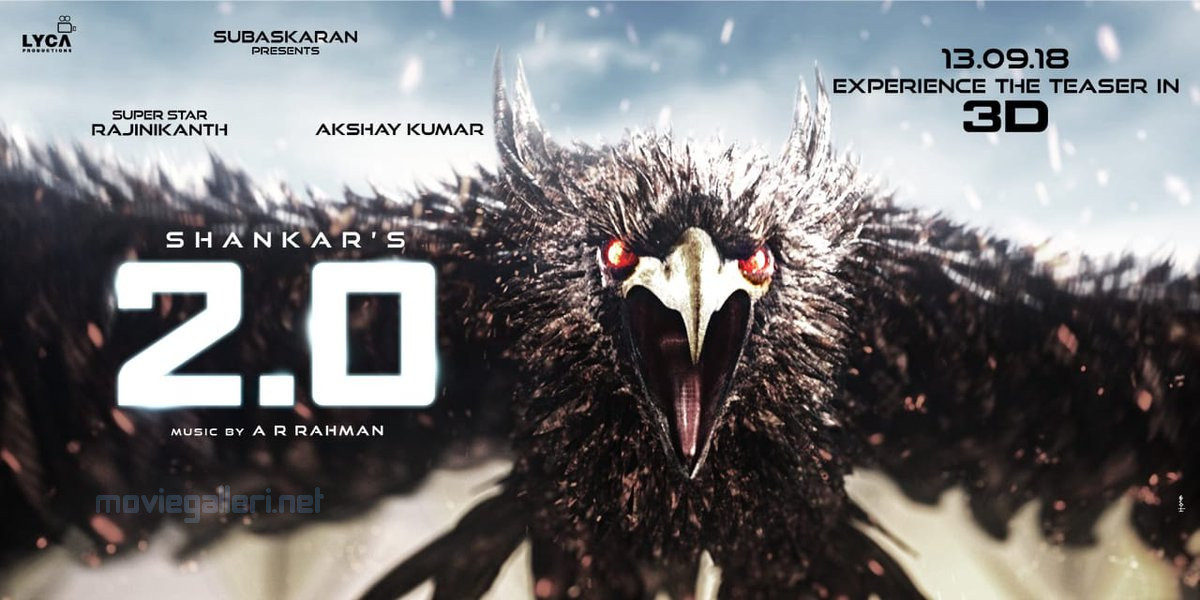 The motion poster of Rajinikanth’s upcoming flick Petta, directed by Karthik Subbaraj which was released on Friday evening has received nearly two million views within 24 hours.

The video has got 98k likes as well. The motion poster has stormed the social media. Meanwhile, it was also announced the teaser of the superstar’s magnum opus 2.0 directed by Shankar will be released on 13 September.

A new poster of the movie has been released on Saturday which Shankar tweeted with the caption ‘Humans beware’.

2.0 is produced by Lyca and the film has music by Oscar-Grammy winner A R Rahman. Akshay Kumar and Amy Jackson play key roles in this sci-fi flick which is a sequel to 2010 hit Enthiran.