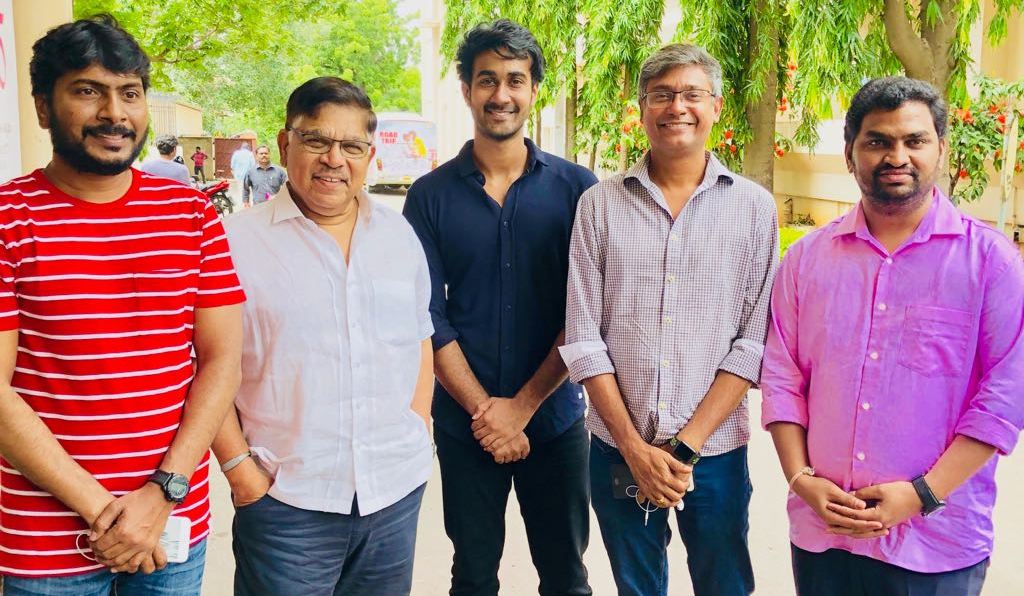 ‘Paper Boy’ starring Santosh Shoban and Riya Suman will be releasing on August 31st. The theatrical rights of the film have been bagged by Geetha Arts banner.

Producers Allu Aravind, Bunny Vas and director Meher Ramesh have watched ‘Paper Boy’ movie in a special screening hosted by director Sampath Nandi who happens to be the producer of the film. Post watching, producer Aravind appreciated Sampath for its content and accordingly the rights were settled for a good amount.

Jaya Shankarr is getting introduced as director with ‘Paper Boy’ while Bheems has composed music.

The trailer of the film has garnered a good response with over a million views and there is a positive vibe for ‘Paper Boy.’