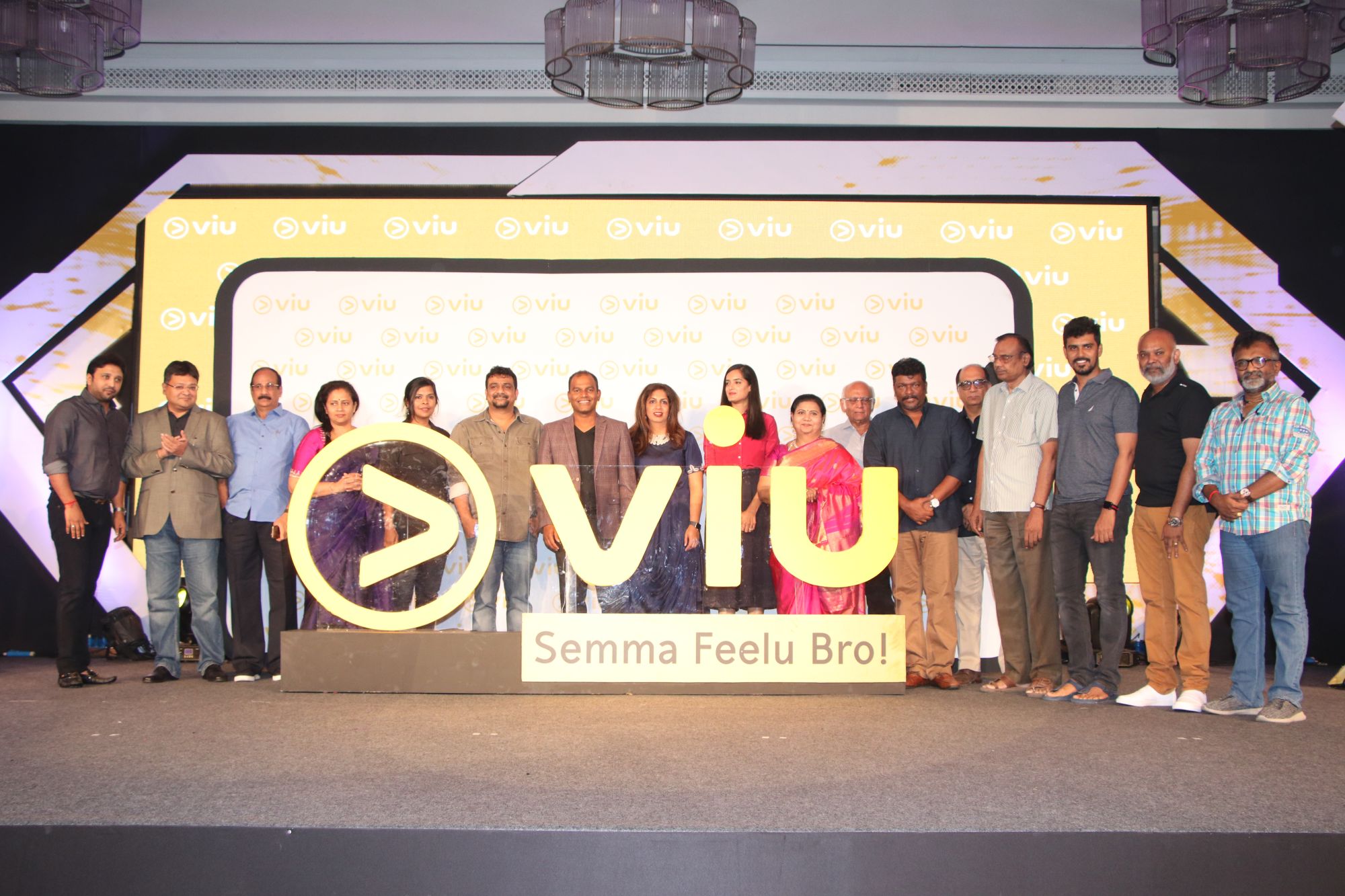 Viu, leading OTT Video service by PCCW and Vuclip, has expanded its footprint in India by launching in the Tamil market with localized content, which includes Tamil language Originals, Tamil short films, Korean dramas and curated content for the enjoyment of millennials in Tamil Nadu.

Viu has already emerged as a leading OTT Video service in South East Asia and have captured the hearts and eyes of Hindi and Telegu Millenial Viuers with its Originals such as Love Lust Confusion, Kaushiki, It Happened in Hong Kong, Pilla and Pelli Gola 1 and 2 . Viu aims to do the same for Tamil audiences by launching with four new Tamil premium Originals today, award winning Tamil short films from makers like Manikandan and Venkat Prabhu among others, Korean dramas and a curated set of Tamil movies.

Speaking on Viu’s foray in the Tamil market, Arun Prakash, President & COO, Vuclip says, “The youth of Tamil Nadu are unique. They have a perfect balance of modern unbiased outlook and deep rooted culture and values. They have a unique liking for great stories told with local style and taste. We are here to offer them exactly that through our compelling curated content and fresh Viu Tamil Originals. We are deeply committed to investing in this market to develop the content industry and talent pool to serve the Tamil audience.”

Kalyanamum Kadhandhu Pogum: Produced by Viu & Nalan Kumarasamy, Sameer Bharat Ram and Sateesh Swaminathan
This Original tells ten contemporary tales of marriage that are based in different parts of Tamil Nadu. These ten tales bring to life various characters with diverse age groups, economic backgrounds and locations. What unifies them is the characters’ desperation to get married for their own reasons. With a satirical approach, each story is bound to make you and leave you wondering about the institution of marriage.

Madras Mansion: A Viu & Super Talkies production
Set against the backdrop of an old mansion in Royapettah, this hub houses people from different walks of life. What they have in common are grand dreams. Take a tour of this unusual sanctuary that is home to an aspiring director, a meme creator, a marketing executive, real estate brokers and many such characters.

Door No. 403: A Viu & Trendloud production
An actor who gains success post his first movie is presented with ten questions. Each question gets to the heart of the interesting incidents that led to his success. Door No. 403 is the gateway to a collection of eccentric friends living together and exhilarating events that will have you laughing.

Nila Nila Nila Odi Vaa: A Viu & Make Believe production
From the maker of ‘Thiru Thiru Thuru Thuru.’ comes a new age tale of a tattoo artist Om, whose life takes a strange turn after realizing that his college crush Nila, has turned into a deadly vampire. This is a twisted vampire-based rom-com that follows the mis-adventures of this unlikely couple who fall in love despite all odds.

Masha Allah… Ganesha
Directed by ace renowned film director, Venkat Prabhu, the film addresses the issue of Hindu-Muslim riots in Mumbai with an interesting twist. A Muslim woman and her children, who have lived peacefully for years alongside Hindus, suddenly find themselves in the thick of riots triggered for political reasons. To escape the violence, they unknowingly seek refuge in a building which turns out to be the sanctum sanctorum of a Hindu temple. This film which delivers a strong message on religious and communal harmony will be exclusively available on Viu.

The Wind
Critically acclaimed and award winning short film at the Canadian Tamil Film Festival, The Wind was directed by national award filmmaker M Manikandan. The film portrays a day in the life of a policeman, who is posted in a forsaken place to watch the dead body of a person who committed suicide. As he waits for backup to arrive, a strange camaraderie develops between the policeman and the dead person, bridging the gap between the past and present, life and death. This short film featuring Vijay Sethupathi will be exclusively available on Viu.

About Viu
Viu is a leading OTT Video service by PCCW and Vuclip available in Hong Kong, Singapore, Malaysia, India, Indonesia, the Philippines, Thailand and Middle East countries of UAE, Saudi Arabia, Egypt, Bahrain, Iraq, Jordan, Kuwait, Oman, Qatar. Viu’s unique value proposition of fresh and localized regional and local premium TV shows, movies and originals entertains millions of consumers every day. Viu Originals bring to light compelling stories with world class production quality, also providing the opportunity for local talent to showcase their skills on a world stage.The service can be accessed via the Viu app available for free on the App Store and Google Play, on connected devices such as smartphones and tablets, as well as on the web at www.viu.com.

About Vuclip
Vuclip is a leading global technology-driven media company delivering on demand entertainment to emerging markets including India, Southeast Asia, Africa and the Middle East. As a PCCW Media Company, Vuclip properties include Viu, Vuclip Videos, Viu Life and Vuclip Games. Vuclip’s market success in on demand entertainment is built on its leadership at the intersection of technology, consumer insights and media. Run by a world class team, Vuclip, Inc. and affiliate companies are headquartered in Silicon Valley in the US and have a presence in Singapore, Kuala Lumpur, Mumbai, Delhi, Pune, Dubai and Jakarta.