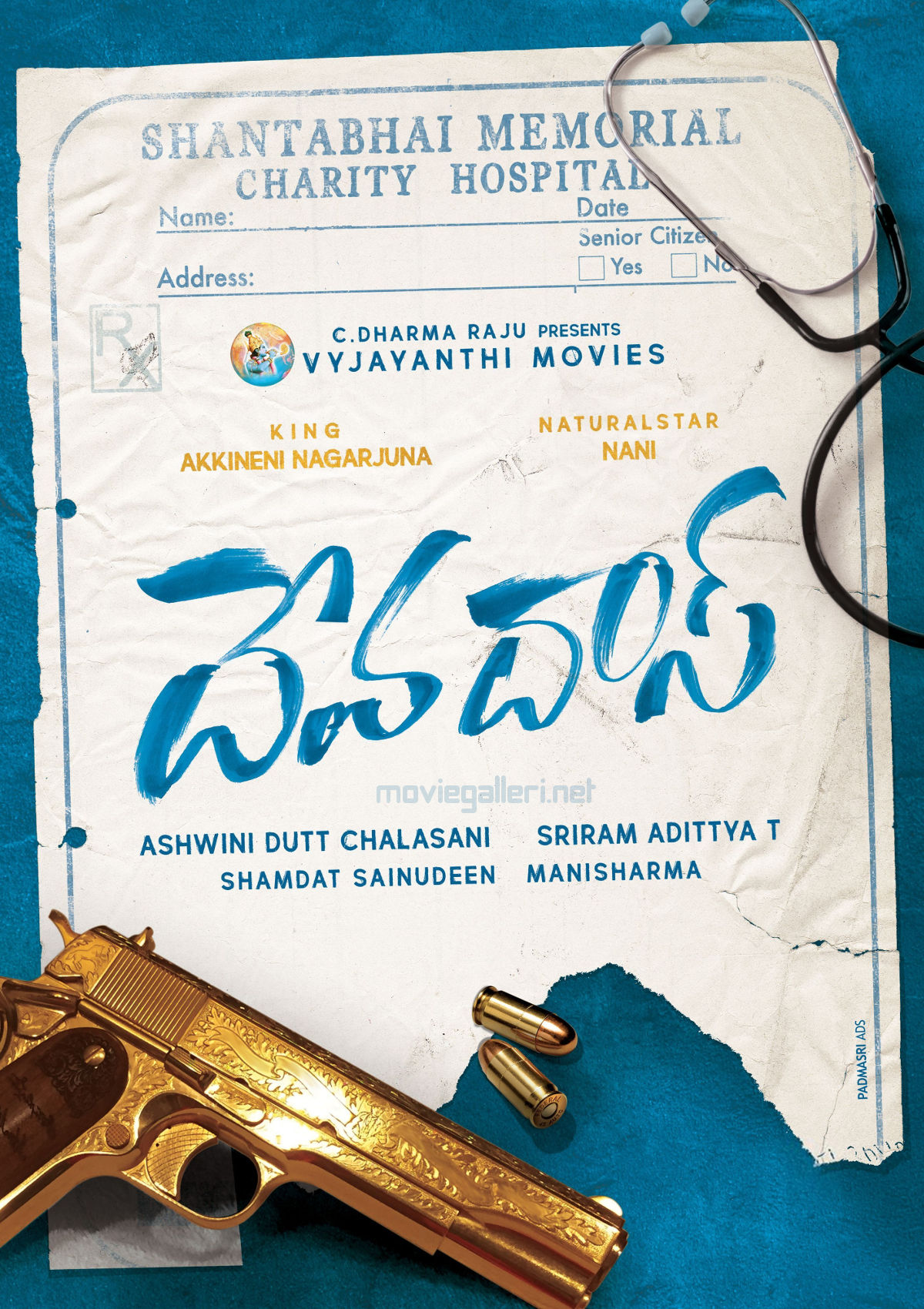 The title of heroes Nagarjuna Akkineni and Nani’s crazy multi-starrer flick is announced as ‘Devadas.’ This title needs no introduction as it and the title poster is with gun, bullets and a charitable hospital’s letter head. That’s what quite interesting as it is completely contrast to the title we might expect. Overall, this ‘Devadas’ gives impression of new age drama unlike the old one.

Director Sriram Adittya is wielding the megaphone for this flick while Aakanksha Singh and Rashmika Mandanna are playing the female lead roles.

Touted to be an out and out comedy entertainer, Mani Sharma is composing music. The shooting of the film is in progress and in final stages. Produced by Ashwini Dutt under Vyjayanthi Movies banner and C Dharmaraju Presents. On this occasion, producer Ashwini Dutt has specially thanked Sreedhar Raghavan, Satyanand, Sai Madhav Burra and Bhupathi Raja