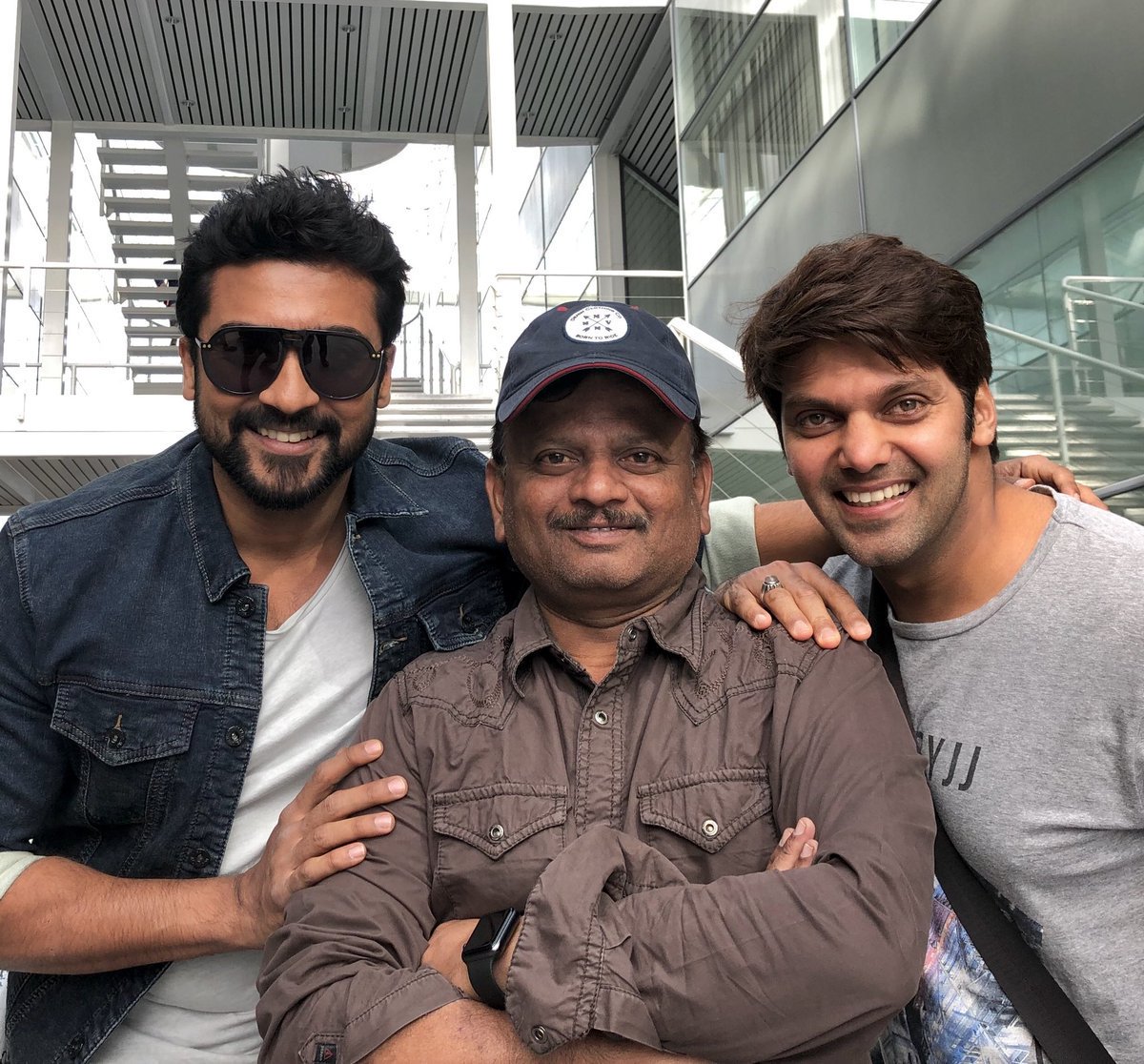 It was announced that Malayalam Superstar Mohanlal and Allu Sirish have been roped into play important roles in this film.

In a series of tweets recently, the director said Sayeeshaa will be playing the feamle lead in the flick. He also said Samuthirakani and Bollywood actor Bomman Hirani will play pivotal roles in the movie.

Now the latest addition to the cast is Arya who will share screen space with Suriya for the first time. With each passing day the casting of the movie is getting bigger, raising expectations for the movie. It is said Arya will be the villain of the yet untitled movie.

Harris Jayaraj is the music director of the flick. The movie is bankrolled by Lyca Productions. This will be the 37th flick of the actor.

Anand and Suriya had earlier collaborated for Maattrraan and Ayan and Harris was the music composer for both the flicks.