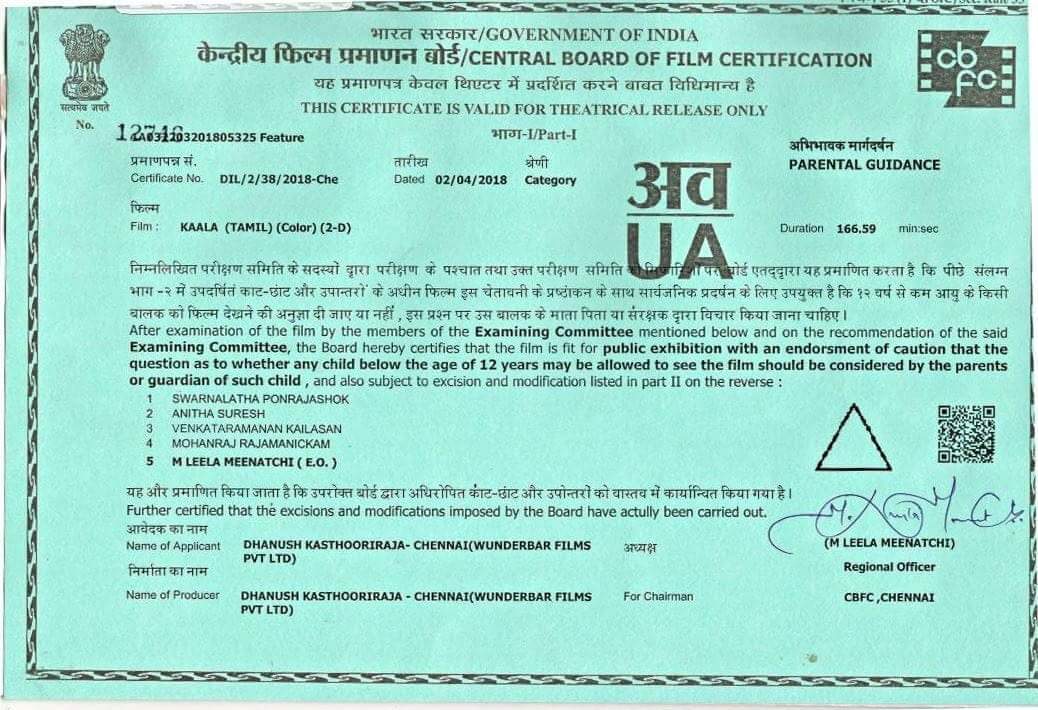 The movie will be hitting the screens on 7 June. Now it has been officially confirmed that the film has been censored with UA certificate.

Running time of the movie is 166.59 minutes. Produced by Dhanush’s Wunderbar Films, the movie is directed by Pa Ranjith who earlier collaborated with Rajini for Kabali.

The teaser of the movie has already raised expectations and Rajini fans are eagerly waiting for the film’s release.