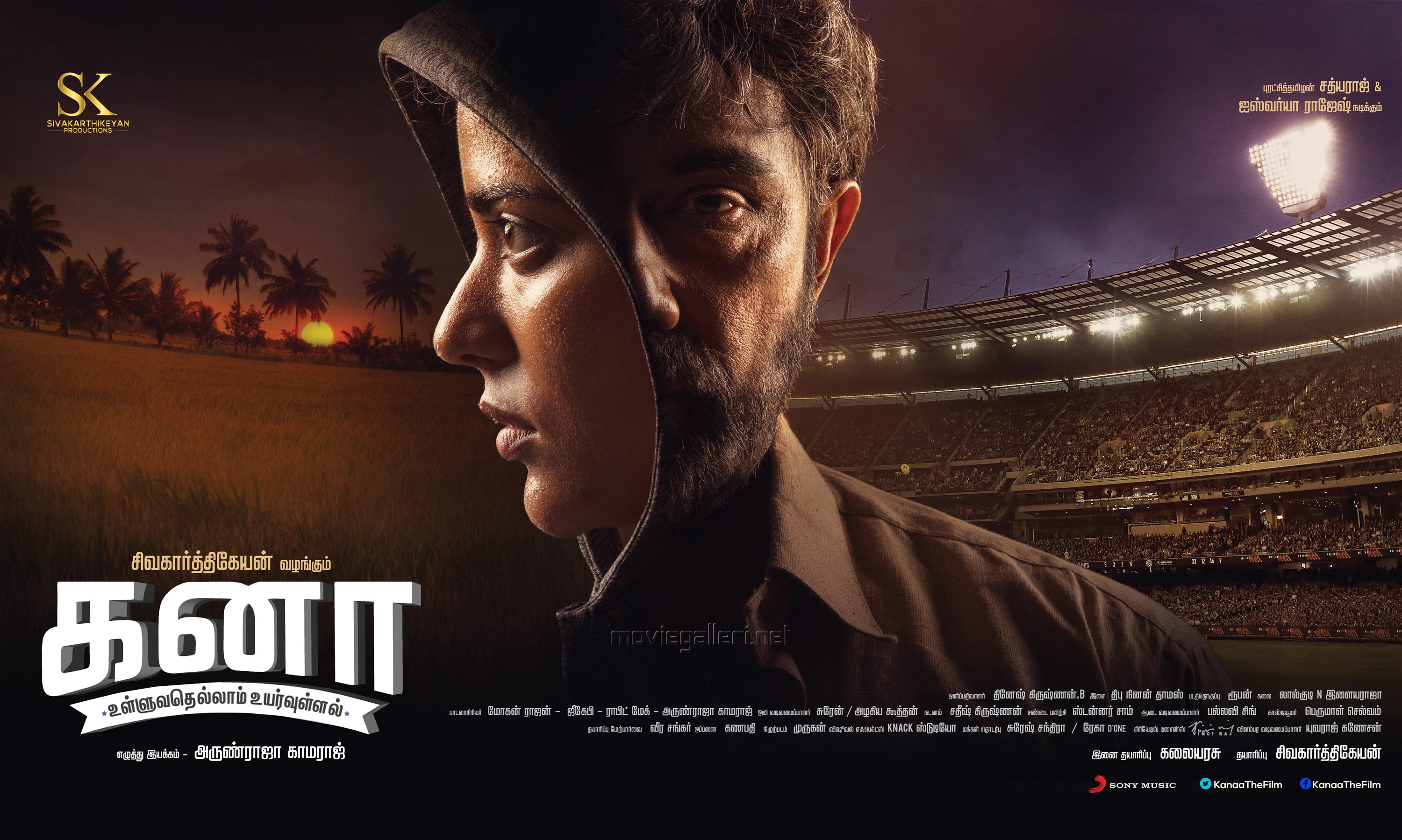 Arunraja Kamaraja’s directorial debut film was launched recently at Lalgudi in Tiruchi. The movie is based on the life of a supportive father and a young girl who wants to achieve big in cricket.

Sathyaraj plays the father in the movie and Aishwarya Rajesh plays the daughter. Dharshan plays a pivotal role in the flick.

The team has now officially announced the title of the film and it has been named as Kana. The first look motion poster of the movie was also released.

It has the faces of Aishwarya and Sathyaraj with a Cricket stadium in the background. The flick is produced by Sivakarthikeyan under his own production company- Sivakarthikeyan Productions.