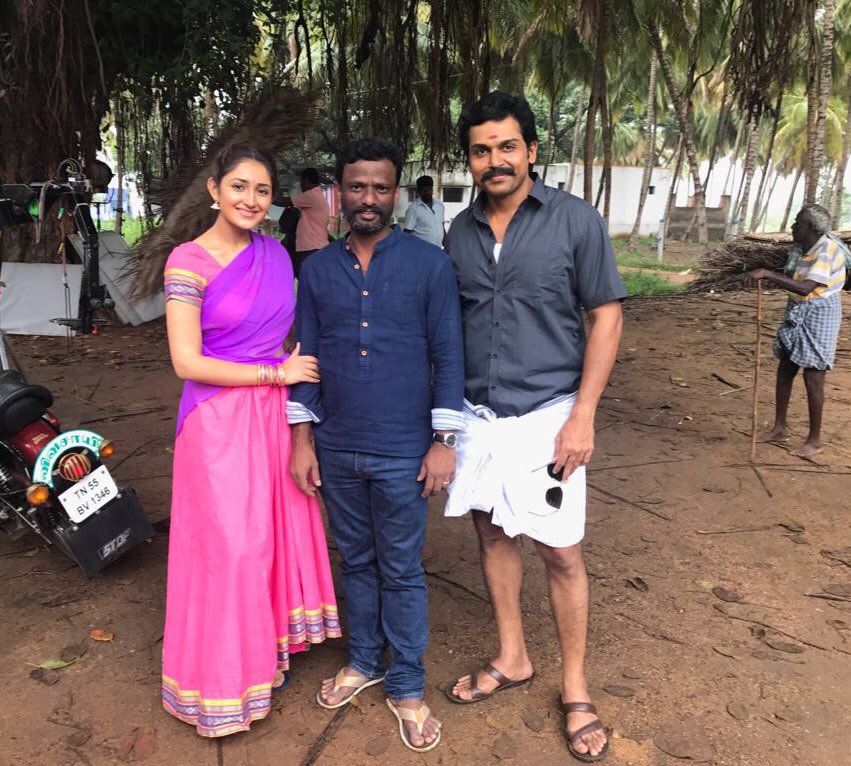 Shooting for the flick took place in Chennai for five days and the next schedule happened in Tenkasi for 40 days.

The first look poster of the movie was released recently and Karthi plays a farmer in the flick.

Sayeeshaa Saigal plays the female lead in the film. The movie is touted to be a full-fledged family entertainer.
The latest update is that the shooting of the movie has been wrapped up and the post production is expected to start soon.

The star cast also includes Soori, Sreeman, Sathyaraj among others. The project is bankrolled by 2D Entertainment.