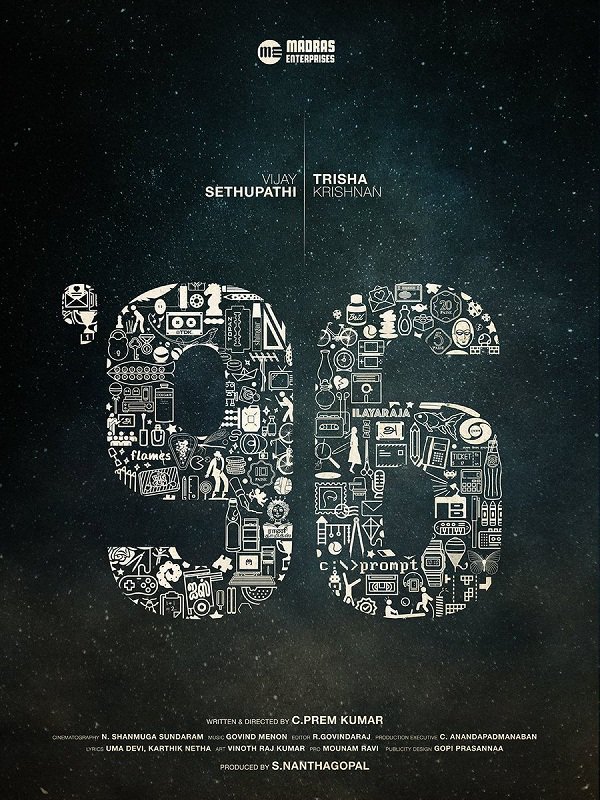 Directed by Prem Kumar, 96 is touted to be a love story.

The title is said to be kept as the movie has some significance to the year 1996.

Sources now say that the makers are planning to release the movie during Summer 2018.

The flick is bankrolled by S Nandagopal of Madras Enterprises banner and has music by Govid Menon and the camera will be cranked hy N Shanmuga Sundaram.

It may be noted that Vijay Sethupathi is busy with shooting for Junga and also has a handful of other projects including Mani Ratnam’s Chekka Chivantha Vaanam.