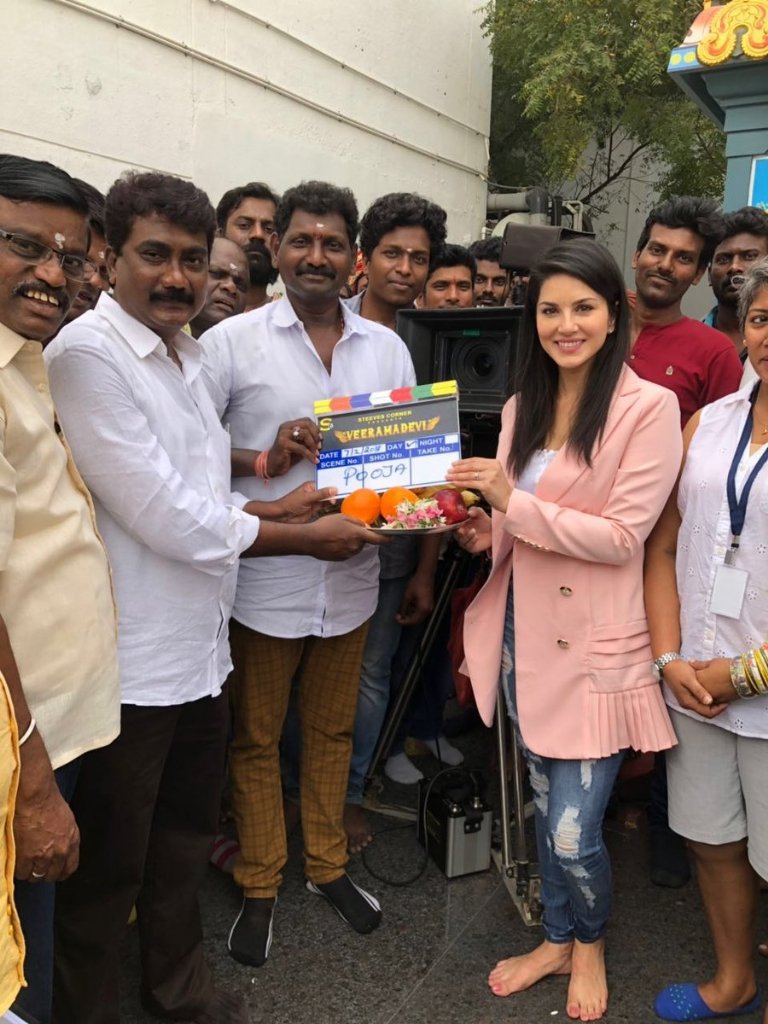 It was recently announced that Sunny Leone will be making her Kollywood debut.

Title of the movie was revealed as Veeramadevi and it is said that it will be period war drama.

Shooting of the film began on Thursday with the auspicious pooja.
The movie will be directed by V C Vadivudayan and will be bankrolle by Ponse Stephen.

With extensive CG works the flick will be made on a high-budget.
It is said that the movie will be released in five languages – Tamil, Telugu, Kannada, Malayalam and Hindi.

Recently, Sunny Leone underwent horse riding and sword-fighting training for the film and has given 150 days call sheet for the project. Music for the movie will be by Amrish Ganesh.