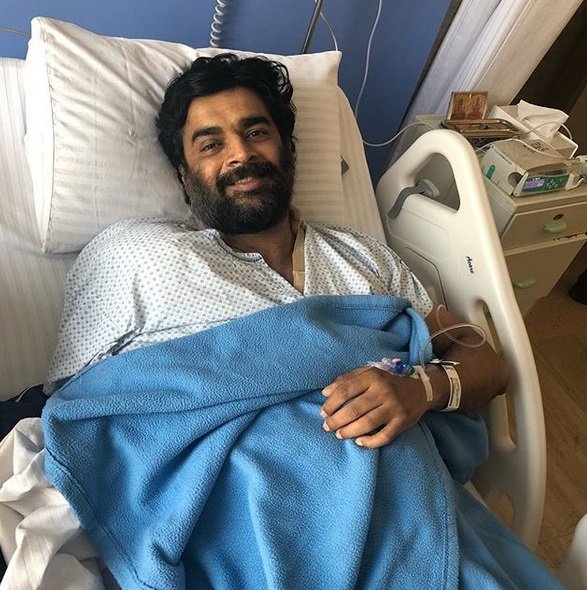 It was recently announced that Madhavan will be playing the lead role in Vinnaithaandi Varuvaaya – 2 directed by Gautham Vasudev Menon.

However, in a shocking announcement, the actor tweeted that he had underwent a shoulder operation and was admitted in the hospital.

‘Shoulder surgery done… fighter back on track… cannot feel my right arm ha ha ha…,’ he tweeted with a photo from the hospital.

Celebrities and fans wished the actor for his speedy recovery to which he replied saying that he was fine now and would return back home soon. He is now busy with projects in Tamil, Telugu and Hindi, besides a web series.