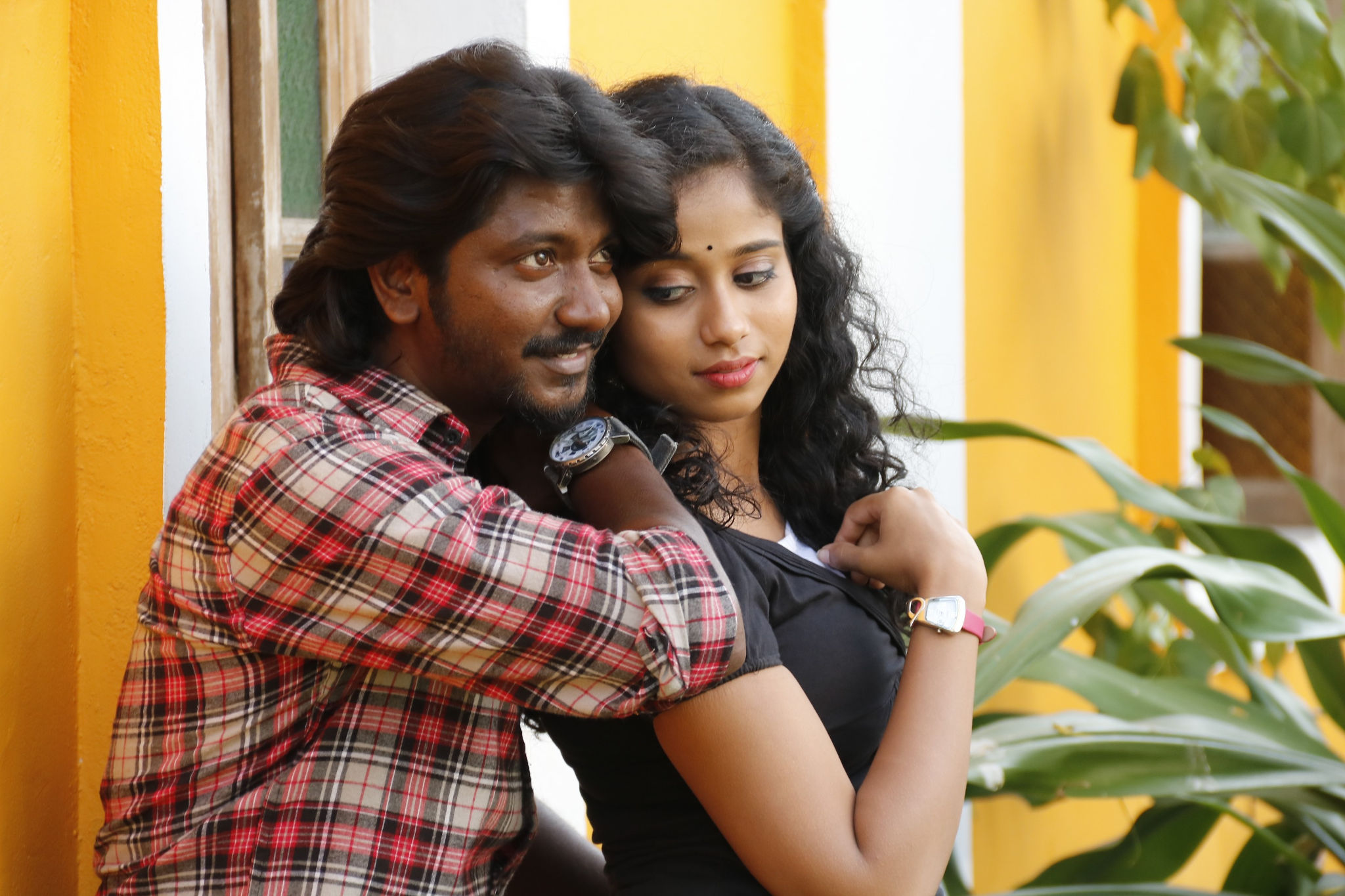 Sathish along with his three friends stays at a garage and seizes cars from owners who do not pay their due to a financier.

Aruldoss, a big shot from the area, is in support of the boys. During one incident, the hero seizes the car of a powerful politician earning his wrath. The politician plans to take revenge and plots to kill Sathish.

When all this is happening, Sathish hits heroine Krisha Kurup while returning from Pondicheri after lifting a car. He is worried about what happened to her and one day happens to meet her in Chennai.

He apologises for the accident, however Krisha refuses to accept it. Later after seeing his good nature they become friends and end up as lovers.

Krisha’s father and police officer Kalyan comes to know about her daughter’s love and decides to separate them. Did Sathish and Krisha enter wedlock? Did the politician have his revenge forms the rest of the story.

Sathish has tried to be convincing in the action and romance scenes. His acting during the car lifting scenes is appreciable. Krisha too has done a decent job throughout the movie.

Director S K Mathi has tried to portray youngsters who are involved in car seizing and the problems they face. However the scenes are too predictable and are cliched. He could have concentrated more on the screenplay to make the flick more interesting.

Britto Michael’s background music and songs are interesting. Kootali is yet another story of a car seizing youngster,