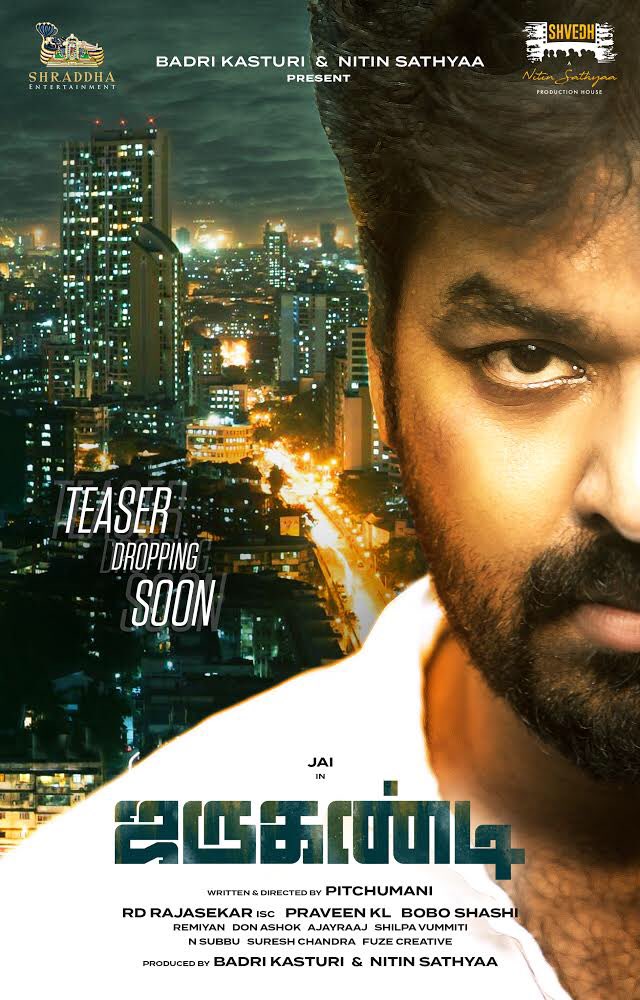 Nithin Sathya recently started his own production company. He announced that his maiden production has Jai and Reba Monica playing the lead roles. The movie was titled as Jarugandi.

The first poster of the movie was released on Monday by director A R Murugadoss.

The poster does not reveal much and has one half of Jai’s face with a stern look. The poster however states that the teaser will be released soon.

The film is directed by Pichumani, a former assistant of Venkat Prabhu. Music is by Bobo Sashi and the star cast also includes Robo Shankar, Ilavarasu and Danny among others.

It may be noted that Jai is also part of Sundar C’s Kalakalappu 2.