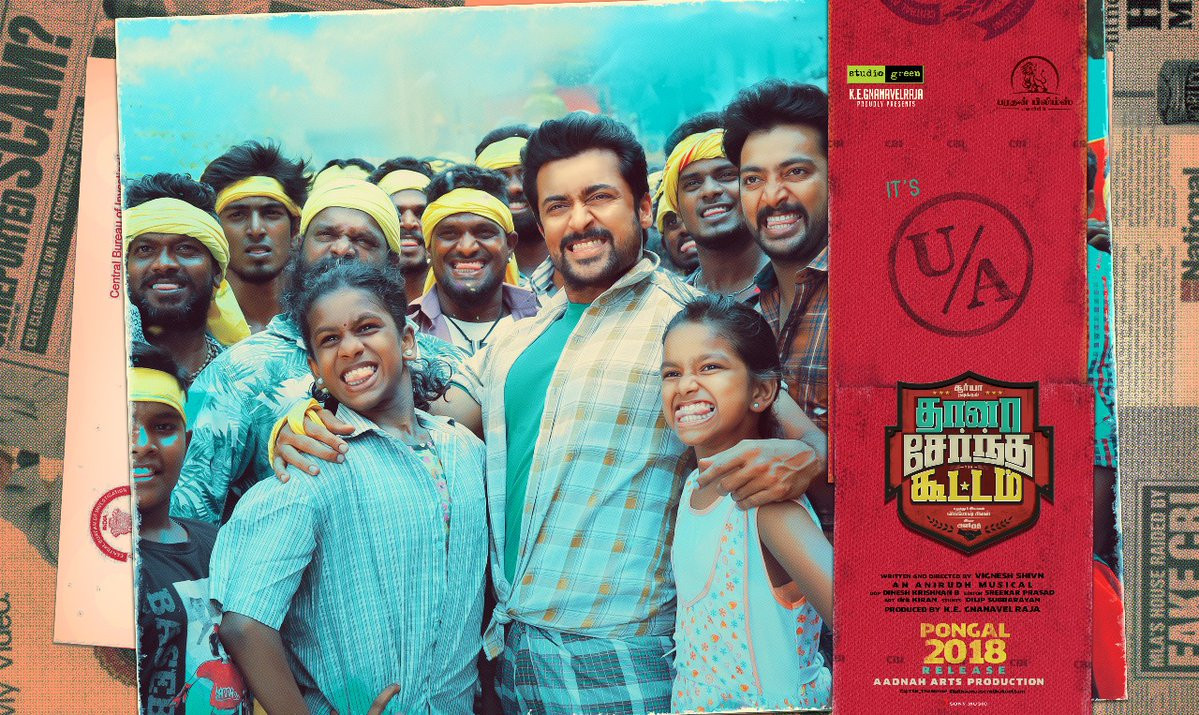 The shooting of Suriya’s upcoming flick Thaana Serndha Kootam has been completed and the post production work is happening at full swing.

It was recently announced that the dubbing of the movie was also over with Karthik completing his portions.

Now the makers have announced the movie has been cleared by the Censor with a UA certificate. The movie is slated to be released during Pongal 2018.

The flick has Keerthy Suresh playing the female lead. Music is by Anirudh Ravichander and the film is bankrolled by Studio Green and 2D Entertainment.