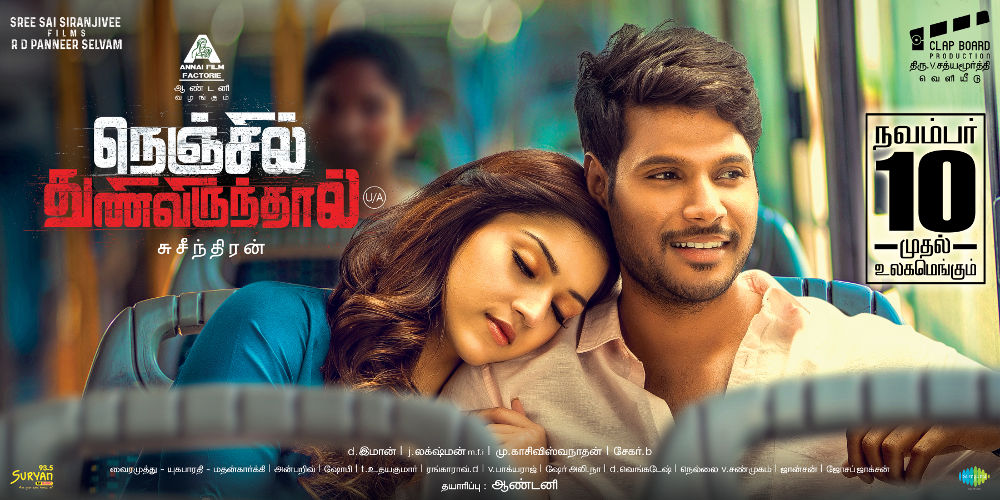 Nenjil Thunivirunthal has Sundeep Kishan & Vikranth playing leading actors, Mehreen Pirzada done the heroine role. This film will be in the lines of “Naan Mahaan Alla” , “Paandiya Naadu”. Its based on friendship with a social concern. Music director Imman & myself work together continuously for the fifth time. Songs have come out real good. Actor Soori who is in all my films makes his presence in this film too. This is 7th film for Soori with me.

Soori’s contribution to Nenjil Thunivirunthal will be high. Soori always amazes me. After Vennila Kabadi Kuzhu, Lakshmanan join together in this film. Sekar worked as Art director of this film. NenjilThunivirunthal will be in my style & definitely be a success of everyone involved. All my films has a social concern, even if Rajapattai is not a success, it also has a social concern.

Directing movies with new faces happens naturally. In my filmography I like ‘Vennila Kabadi Kuzhu’, ‘Azhagar Saamiyin Kuthirai’, ‘Jeeva’, ‘Maaveran Kittu’, the most. These type of movies will stand the test of time. When directing a movie with Big stars, that film’s success will go only to the hero. When directing a movie with new comers, that film’s success will go to the director. Nenjilthunivirunthal releases on November 10th. This is a racy film. Its climax will be like ‘Naan Mahan Alla’ and ‘Paandiya Naadu’. This films story will intrigue everyone, says director Suseenthiran.