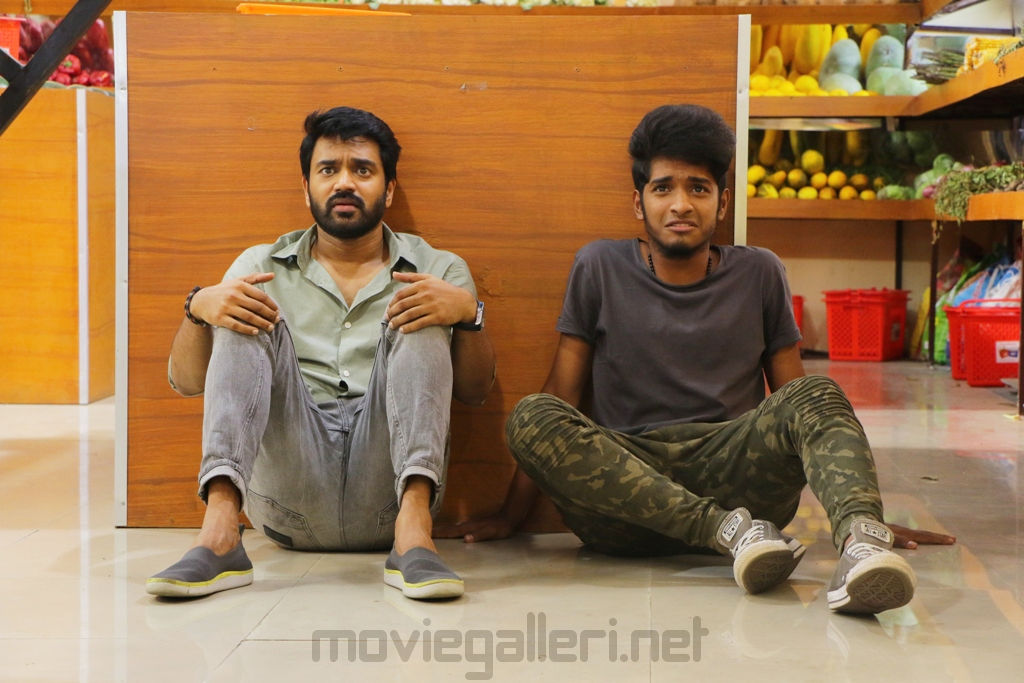 Just when we thought we have watched all kinds of horror movies, there comes a tale probably never attempted before. A out and out horror movie with an unique title “#PeiPasi” directed by Shrinivas Kaviinayam is a horror thriller shot in a departmental store.

Speaking about this, “#Pei Pasi “ director Shrinivas Kaviinayam says, “ One has to Visit a departmental store during non working hours to feel the fear factor. The idea of “#PeiPasi ” originated only from here. The story of “#Pei Pasi” happens inside a departmental stores. The challenge of engaging the audience has been taken care by the screenplay. We were surfing for an apt title to support the concept of the film, and unanimously felt that “#PeiPasi” was the best choice for this departmental ghost flick.

The response we get to this title when we share the title is an indication of the good times to come. As a young team we are hungry for recognition .The final touches of the post production is on and we are confident we will be able to deliver what we promise. One of the main highlights of this movie is Yuvan Shankar Raja’s absolutely terrific background music, which will stand alone as another hero of the movie. His scores have elevated the scenes to the next level and have take the concept of ‘Fear and Scare’ to its highest point.

We also have a promotional song which will show case the other side of Yuvan with a very interesting song sung by himself. The producer Shrinidhi Rajaram of ‘Rise East Creation’ is relatively new to the film industry, her support in production and vision in marketing will put her on par with the best in the industry.

Hari krishna baskar from a highly influential family in Tamil cinema is the hero of the film. We will be Sharing the information on his back ground shortly. Amritha plays the female lead. Vibin and Namitha an IIT graduate play roles if substantial importance.Actors Daniel and Bhagavathi Perumal have also played prominent characters.

Karunakaran has played a role that keeps the audience glued to their seats. Tony Chan has done the cinematography for ‘#PeiPasi’. National award winner Poornima Ramasamy is the costume designer. Editing is being done by mohan murugadoss and Madhan is the Art director,“ concluded Director Shrinivas kaviinayam.