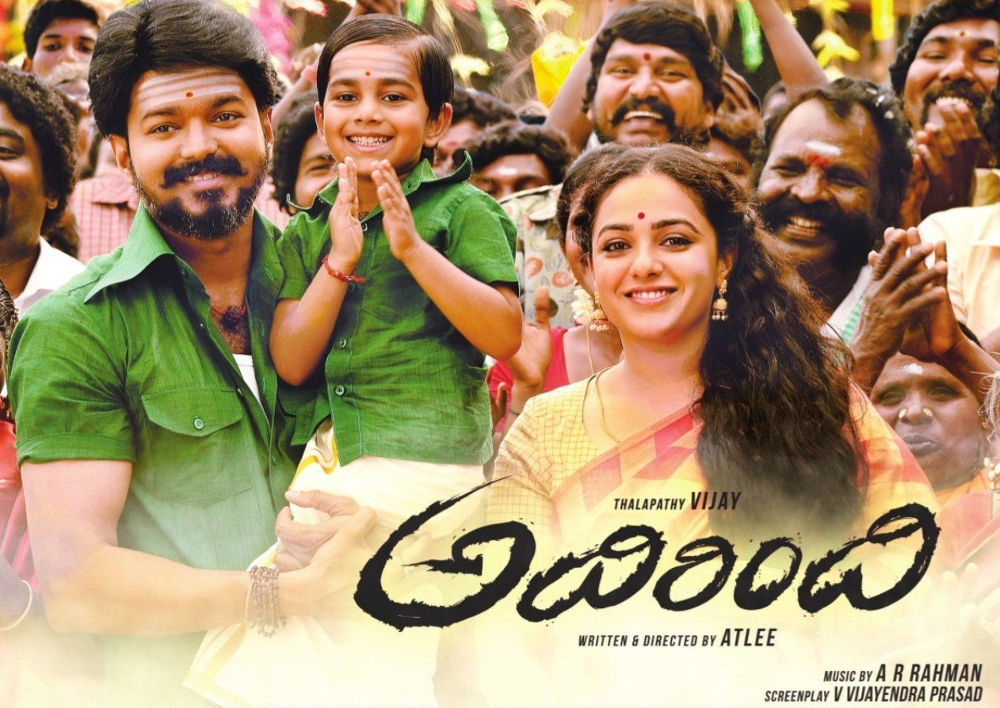 Vijay-Atlee’s latest action drama, Adhirindhi, which released on November 9, has turned out to be the biggest opening film in Telugu in Vijay’s career. The film’s Tamil version, Mersal, has already become the biggest blockbuster of the year, and Adhirindhi took terrific openings in Andhra Pradesh and Telangana on the first day of its release.

Directed by Atlee, Adirindi focuses on the corruption in medical industry, and Vijay played triple roles as a doctor, a magician, and a good samaritan. Produced by Thenandal Studios Ltd, the film was made with rich production values, and the slick visuals, action choreography, and an emotional story are the key highlights of the action entertainer.

Vijay’s performance in particular is being praised unanimously by both critics and audiences alike. The dialogues related to how medical industry has turned into a profit-making machine and the emotional scenes in the flashback episode are heart-touching. Moreover, Atlee has ensured that Adirindi is a well-packaged commercial entertainer. While Nithya Menen has played a crucial role as the main emotional anchor of the film, Kajal and Samantha dazzled the audiences in the first half of Adhirindhi. Apart from all these actors, SJ Suryah has delivered another memorable performance which will be remembered for a long time.

Young cinematographer GK Vishnu’s visuals are spectacular and AR Rahman’s music has turned Adhirindhi into a musical blockbuster. All in all, Adhirindhi is expected to be a big hit in Telugu.

Sharrath Marar, who is the strategical partner of the film, released Adhirindhi under Northstar Entertainment banner.