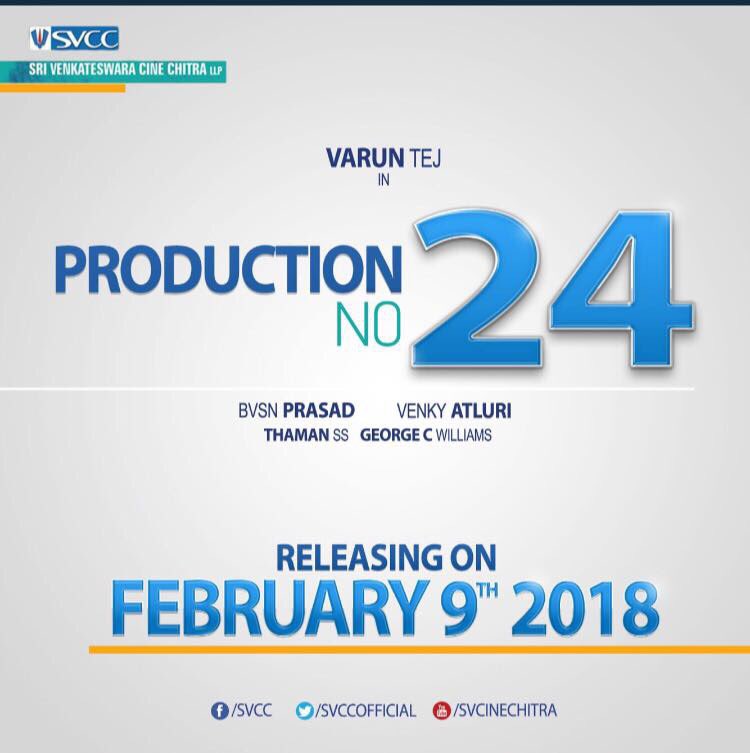 Tollywood’s leading production house Sri Venkateswara Cine Chitra has zeroed in on February 9 as the ideal date to release their upcoming film directed by Venky Atluri and starring Varun Tej and Raashi Khanna.

Speaking on the occasion, producer BVSN Prasad, who is bankrolling the film, said, “We are very happy with the progress of the film so far. Venky has come up with a beautiful love entertainer and everyone is sure going to love it. It is also such a pleasure to work with a talented young lad like Varun Tej for the first time. We had a long schedule of nearly 40 days in London where around 70 per cent of the film was wrapped up. We will finish shooting in December.

S Thaman is scoring music for the film while George C. Williams is on the camera. Both of them will be a huge asset to the film. We plan to release the film on February 9 after all the post-production is done.””